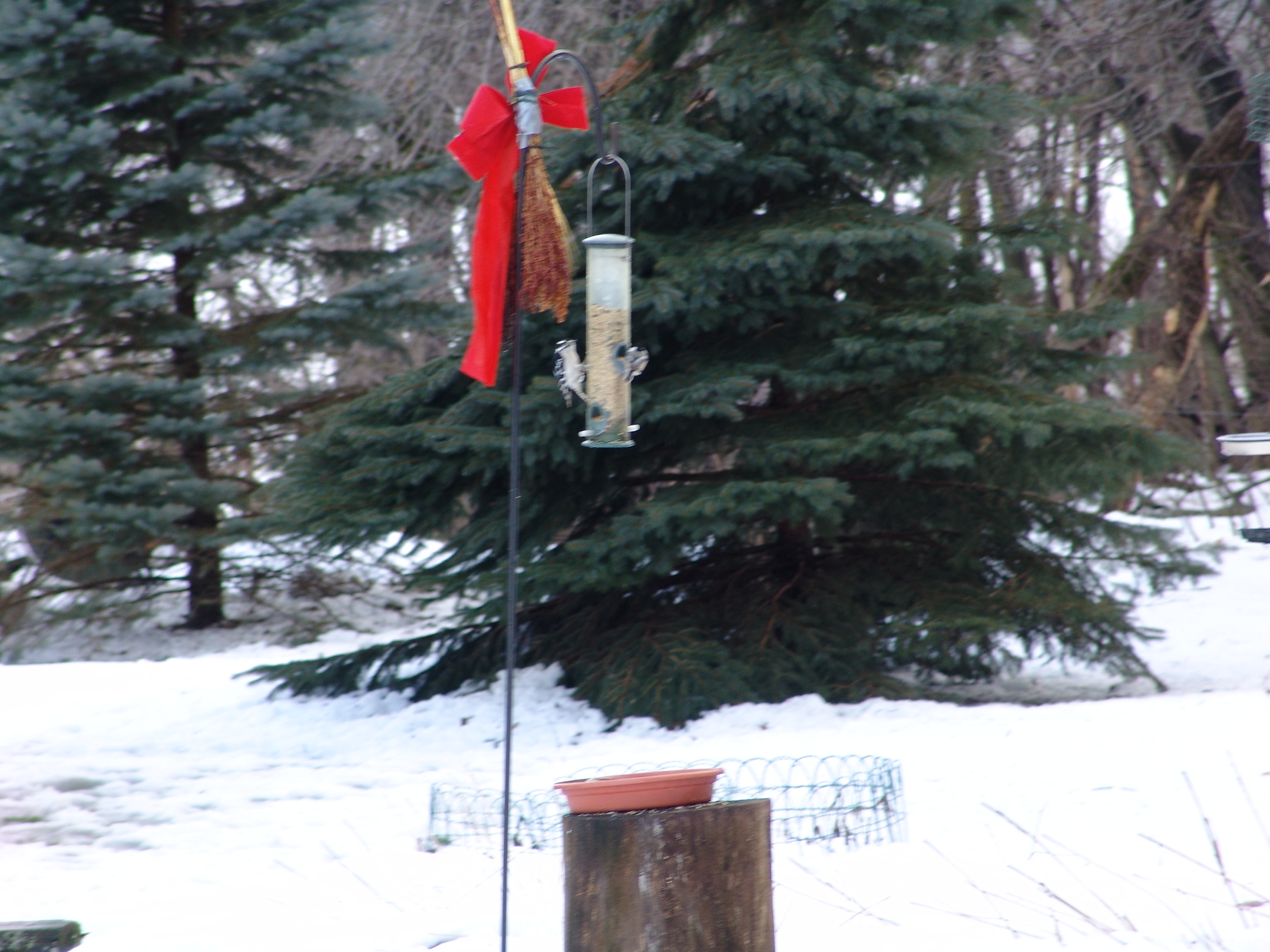 It was Christmas Eve and my resentment was at peak level. Even though the highly decorated towns I passed echoed in festive crescendo, I was feeling sorry for myself. I had nothing except two dollars for gas, and that still might not be enough to get me home.

The sign ahead said Nant Cove. The population number was covered and someone had spray painted the word, “growing” across the bottom. I did not remember the place and wondered how far it was to my Aunt’s house. Should I purchase gas here or wait a little longer? I pulled into a gas station and studied my map only to find that the town was not listed. It was bad enough not having any gifts to share at the family gathering, but worse would be to find out I was lost. Then I would be late for the party.

After asking for directions inside the store, I decided to keep my dollars. My Aunt’s house was not far. When I got there, I knew I could count on adding a bit more to my tank from my Uncle Rupert’s stash. He always had a gallon or two of gas inside the cans he kept on hand.

Leaving the store, I almost tripped over a man sitting on the sidewalk holding a sack with a bottle in it. He grabbed my hand and pulled himself up.

“None,” I said truthfully. “All I have is for gas money to get home to my family.” I don’t even have enough to buy gifts this year. I was startled when the man seemed to have heard my thought.

“You’ve come to the right place, then. People of Nant Cove never shop for gifts. They only take them.”

“What do you mean? How can they just take them and not pay? There’s something wrong with that.”

“Shhhhh,” said the man holding a dirty finger to his lips. “Be careful what you say. The gift giver won’t be happy to hear your criticism.”

“Come and see.” The man beckoned with his free hand while keeping the other wrapped tightly around his bottle.

“I know Mabel and her kin.”

“But she doesn’t live here.”

“No, that’s true.” The man looked away, then rubbed his eyes and muttered softly. “She doesn’t.”

I decided the old man was crazy. However, not having a gift for my aunt who had lovingly cared for me after my parents died was an embarrassing concern of mine.

He pointed back behind the store where a roof peak of a large house rose above the trees. Staring intently, I saw a steady stream of people coming down the road from the house. Many appeared to be carrying gifts. As a group got nearer, the beggar and I stood aside to let them pass. With familiarity, he called out his greetings.

The woman he addressed nodded and said. “All praise to the Giver.”

“Another day’s food for you, Tommy.”

In response, the man said, “Thanks to the Giver.” He held up a covered pot and a delicious smell wafted through the crisp air. My stomach rumbled as I thought of the succulent turkey and trimmings that surely awaited me at my aunt’s house.

As we stepped back to allow more room, a large group of people singing an unfamiliar tune unlike any carol I’d ever heard made their way past us. Each was holding a gaily-colored gift bag.

“Friendly fellowship. They enjoy getting their gifts from the Giver together,” my companion explained.

I could not contain my curiosity. “Who is the Giver? He must be very rich to afford to have others constantly take from him. Won’t he run out?”

My vagabond friend chuckled. “He owns it all.”

“All of what?” I looked around to confirm my assessment. The town of Nant Cove was not very big or prosperous looking.

My friend did not answer my question. He continued striding so quickly up the hill that half way up I had to pause to catch my breath. Inhaling heartily, I looked up at the darkening sky and saw a dazzling bright star shining directly above three pine trees in front of the majestic house.

At the doors of the great house, my beggar friend did not knock but pushed right in as if he owned the place. Hesitantly I followed his lead but stopped short, only mere inches inside the door, and gasped at what I saw.

A treasure trove of gifts of every shape and size glimmered under the chandelier lights. There were gifts in every room, on every chair, table, and sofa, and all seemed to stretch endlessly before me.

“Here they are. Take your pick.”

“How will I know what to pick? I want the very best gift for my aunt. She’s done so much for me.”

“If you want the best gift, you will not find it here. It’s kept in another place.”

My friend tried to answer, but I could not hear him. The ever-singing gift recipients surrounded him. The volume of the song had been steadily growing and now I could make out the words.

“We will sing of his mercy and lovingkindness forever. With our mouth will we make known his faithfulness from generation to generation.”

They were singing about the Giver. When the carolers moved on I asked, “Where is he—the Giver?”

“Watching over his most precious gift.”

“Is it here somewhere?” I scanned the gifts.

I was surprised when we went outside and headed towards a barn-like building where the light from inside ruptured through every crack and seam, illuminating the dilapidated condition of the structure. The carolers must have gone there, too, because the sound of their song rang out so loud it seemed to effortlessly fill the nighttime sky.

I stopped in my tracks and I called out to my companion. “Isn’t this a strange place to keep a costly gift?”

He turned and looked at me. He seemed to have grown taller, almost regal. Under his gaze, I felt peculiar. Hesitant lest he think I was ungrateful for his help I said, “I’m not sure I want to go in. I think I’ll just take a gift for my aunt from the house and go on.”

“You said you wanted to give her the best gift. It’s in this barn.”

“I can’t take the Giver’s most precious gift for my aunt. I love her and all, but I’m certain I’ll find something else that will do.”

“Will do? Will do?” My companion threw back his head and laughed. Great belly heaving spasms came over his body. He finally managed some words.

“The Giver wants everyone to take the best gift he has. No one has to “make do” They simply need to ask.”

My jubilant friend pushed open the door. “Come and see.”

For a second we could only stand at the threshold, behind a throng of singing, white clothed people, but at the sound of his voice, which somehow boomed above the noise, the crowd quieted and parted in front of him. They almost seemed to be bowing as a path was cleared. Then I saw a woman holding a baby with a man standing by her side.

The singing resumed softly but then became triumphant and my friend had to shout in my ear. “Here is the most precious gift of all. Take this to your aunt, and you will have given the gift of the knowledge of God’s only son, born this day, to be a savior, Jesus Christ the Lord. There is no greater gift.”

I nodded in complete understanding. I would tell my aunt what I saw. I stood mesmerized by each tiny detail that lay before me. It all spoke most eloquently about the generosity of the Giver.

When I finally turned to go, I saw that my companion had disappeared. Rushing back down the road, my hands were empty but my heart overflowed.

When I reached my car, I saw a figure at its side. It was my beggar friend. He was pouring from his bottle into my gas tank.

“Hey! What are you doing? Stop! You’ll ruin my car.” I pulled back his arm holding the bottle but he twisted free and raised the bag to his lips. Then he thrust the bottle under my nose, offering me a sip. I backed away but not before getting a strong whiff of the contents. It smelled like gasoline.

“What have you done?”

“The Giver did it. Filled you up. Go on, see for yourself.”

I started my car and the gas gauge swung into place. It marked a full tank. I stared through the frosted window at my friend who was laughing great rolling laughs and smacking his knee. Then to be sure I knew, he tipped the bottle into his mouth and drank heartily.

Incredulous of what I saw, I called out of my open window, “Thanks.”

As I drove slowly through the town and turned back onto the highway at the sign, another sight caused me to hit my brakes and back up. The town sign no longer read, “Nant Cove.” It read Covenant, but the population count still said, “growing.”

This week’s Psalm for my Psalm blog is Psalm 89, and it inspired my story.

“You have said I have made a covenant with my chosen one. I have sworn to David my servant. Your seed will I establish forever, and I will build up your throne through all generations.” Psalm 89:3-4

“The angel said to her, Do not be afraid, Mary, for you have found grace with God, Listen! You will become pregnant and will give birth to a Son, and you shall call His name Jesus. He will be great and will be called the Son of the Most High; and the Lord God will give to Him the throne of His forefather David.” Luke 1:31-32

Psalm 89 is known as the covenant Psalm. One of God’s covenants was His promise to Abraham. A covenant implies a contract between two parties. God keeps His promise. We are unable to keep ours, so God sent Jesus to complete our broken covenant. Sending His son was His free but extremely costly gift to us. This gift is ours for the taking.

“For the wages of sin is death, but the gift of God is eternal life through Jesus Christ our Lord.” Romans 6:23

Make sure you have this gift and you will have everything you will ever need for this Christmas and for the years to come. Merry Christmas!