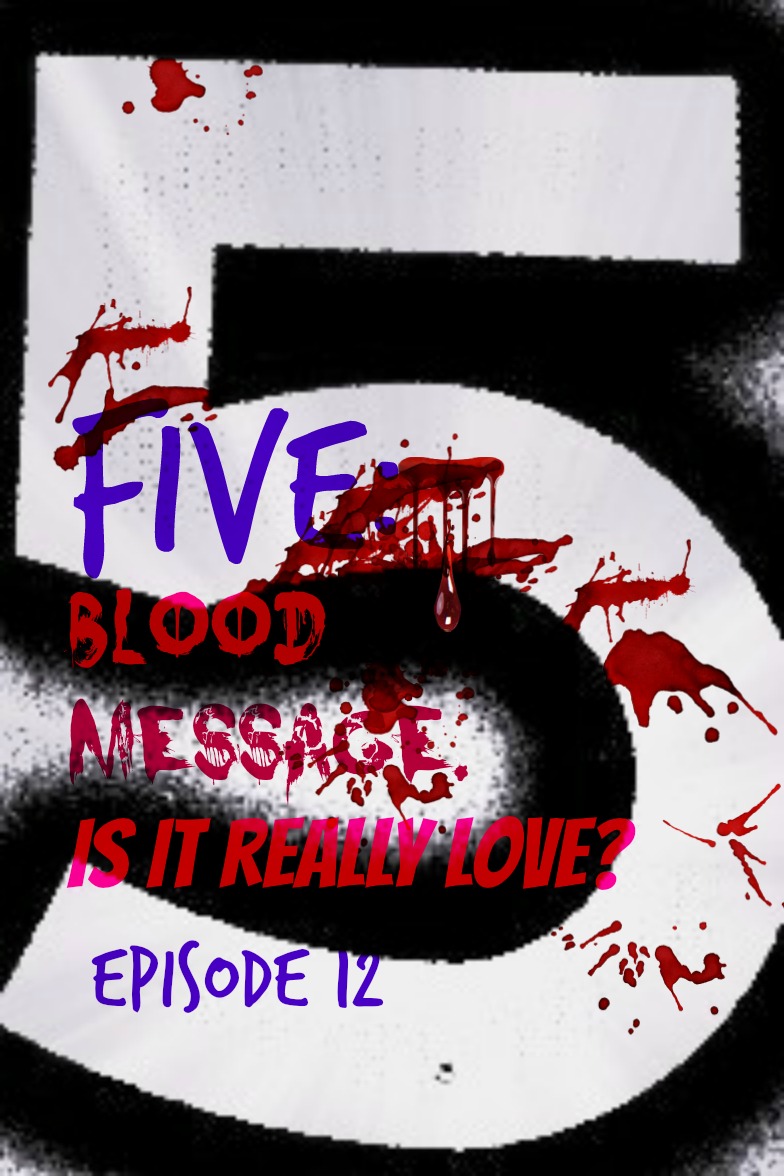 Five: Episode Twelve is based off the following book excerpt from my science fiction supernatural thriller, The Contingency Generation.

I fight best from the pit. After Baphomet leaves, I unpack an arsenal. I tell Fol that his secrecy and need for flamboyant disclosure is childish. He counters that my anxiety over his spontaneity and agenda is tedious. Wanting his father resurrected is not what bothers me. It’s his presumption. He deliberately embarks on a plan that relates to me, but then doesn’t bother to tell me. It’s as if I were his assistant.

I tell him his need to control has become quite evident to me. It’s barely disguised. He snarls back, “You’re equally gifted in that area my dear. You’re immersed in the matter all day long.”

“What do you mean? If you’re talking about my work, then yes. But that’s how it should be. Research is an exact process, if it’s ever going to be of benefit.

“Exactly. And that’s the same reason I do things the way I do. For people’s benefit.”

“No it’s not. You say that, but you don’t have the slightest idea what that means. You knew Baphomet had knowledge about the Book of Wisdom, and yet you failed to tell me this. Kate is all the family I have. Why did you keep this a secret?”

“Because the messages are a hoax. Everyone sees this. I was trying to help. You needed to focus on your presentation.”

“My best friend died and your biggest worry is my research?”

“Is that really so wrong?”

“Yes, because even that concern is not about me. It’s about your father becoming the first person to be resurrected.”

“Why shouldn’t he be first? Kate could soon be a candidate, too. My plan is not entirely a bad idea. Energy supply is going to be the hot button for this next election. When we implement the Carbon Code throughout all the sectors, my father can be the spokesperson. Think of it. How great will it be to have the voice of reason coming from the first man resurrected, AND the first scientist who uncovered the feasibility of fusion as an energy source. His reputation for getting things done is sure to garner world-wide support.”

“By force and scheming like you?” I hit low and I know it.

Fol whips back. “There’s something you need to know, my dear. As my partner-to-be your work has benefited from my scheming.” He waits for my response.

I give him nothing.

“I preferred to keep this secret to myself, but now that you insist.” He walks to the media wall, enters a code in the data screen, and waves his hand at the ensuing image. “You only got the team leader appointment because of my persuasion.”

On the wall screen, I see Nesbitt, Dr. Contrell, Fol, and another man I don’t recognize seated at a conference table. Fol turns up the audio, and I hear the shaming words fill his office.

“SJ is too sentimental at times. The whole issue over her name is awkward, because SHE makes it so. Her work is thorough, but she has a habit of personalizing the test subjects, and her focus is not as singular as we would like.” Dr. Contrell is speaking.

“She’ll settle down once we partner. I’ve a calming effect on her. She looks to me as the voice of reason.” Fol is speaking.

My problem is very clear now. Partnering with Fol is a disaster. I want to run but I manage to restrain.

“You’ve made your point Fol.” I move to take the media remote. “Turn it off.”

“Almost finished.” He holds the control out of reach.

On the screen, Dionysus is talking. “We need to do what is best for the project, and Dr. Birch has been with the research program for many years.” Dionysus looks at Nesbitt and nods.

He continues. “Dr. Birch agrees that your father should be the first candidate for the resurrection process. Of course, only after success with the John Doe trials.”

I see Fol push a tablet to Nesbitt. Nesbitt reads what is on it and then shows the other man. Fol talks. “It’s all there. Your program stands to gain a significant amount of financial backing if you follow my wishes. SJ will lead. She’ll do well enough, and Birch will be there for back up. I’m done discussing.”

I see the screen date. It’s reflects several months back, but my presentation was just weeks ago. I am an animal pinned by its predator waiting for the deathblow.

Fol clicks off the screen. Without the light of the wall screen, the room is dim.

Bile is in my throat. I want to scream, but only my breath rages. I’m trapped. The sham is done. Undoing the matter will cause greater scrutiny. I have to figure a safe way out. Fol does not take well to corrective action unless he is the one initiating.

I head for the office door, but he blocks my path.

“Where are you going? We have dinner and a show.” His voice is slick with insincerity.

“I’ve already had the show. Dinner would just make me sick.”