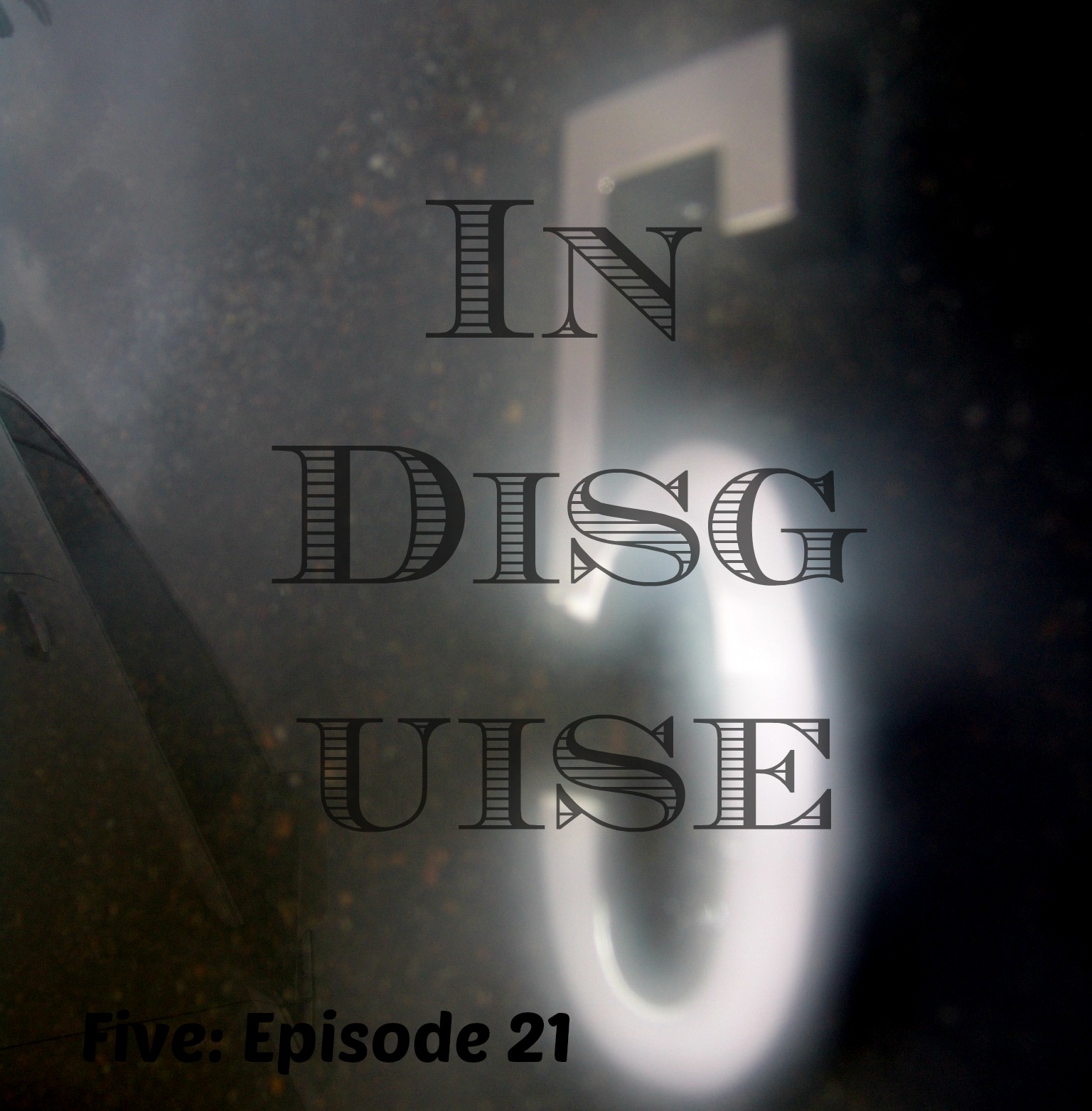 Five: Episode Twenty-one is based off the following book excerpt from my science fiction supernatural thriller, The Contingency Generation.

Redhead leads a handful of Triump interns to cluster around me. The rest ignore her mama duck act and head off to examine the modular banks of microtherm cylinders housing the dead.

Posing as a tour guide is my only option for finding out the truth about Kate’s media appearance and the possibility that she’s still alive.

If I can rally the entire group, then maybe I can divert them long enough to slip away and finish my investigation.

“If everyone can please gather…” My voice loses volume in the spacious storehouse. The wandering troops take no notice.

Redhead gives me a look. “That’s pathetic. Do you want me to try?”

I ignore the criticism and bark out a threat.“Interns! This tour will dismiss immediately if I don’t gain your cooperation at once.” The resulting stares, grumbles, and movement toward my vicinity indicate my authority is a success.

While my prodigals return, I muster enthusiasm and address those standing near me. “Let’s play a little game. Call it true or false. I’m sure many of you already know the history and science facts that brought this generation to build The Abide and pursue the concept of resurrection. We’ll take turns and tell facts, either true or slightly untrue, and we’ll see who’s the best at making fools of the rest of us.”

My plan is well received. Interns love to spout knowledge and enjoy having their superiority rise above the others. Soon my presence is an afterthought. I manage to steer the clan away from the modules where Kate’s body is kept. When a particularly rowdy discussion unfolds, I discreetly inform Redhead that I’m headed to the bathroom. She nods and seems pleased to be picked for charge duty.

As soon as I round the corner, I’m shocked to see Fol several yards away speaking with two Abide workers. I’m certain it’s him when I confirm his nearby presence on my wrist screen tracker. I can’t make out the conversation, because the module level of The Abide is designed to muffle sound.

I step back into the corner juncture of two modules. I know what Fol will say about my quest. He won’t believe I saw Kate.

“Change of plans?” Redhead calls from behind me.

I turn to face the assembled group, but before I can answer, she plows ahead. “Maybe now you can settle our difficulty.”

She points to a male intern who towers above the others. “Braniac here says that Dr. Satanopoulos will be the first resurrected human, in honor of his discovery of the Resurrection Principle.” Then she points to a young woman with honey colored hair gathered in a high wrapped ponytail. “But Bridgett says it will be someone else. She says that at the end of Satanopoulos’ life, he began practicing religion and then refused to donate his body for resurrection purposes.”

“That’s most certainly incorrect.” I cut her off vehemently and feel heat rise in my face. My father’s turn to religion is a shameful secret I fight hard to keep.

Redhead persists. “Which is incorrect? Bridgett or Brainiac?

“They’re…. both…. wrong,” a deep, slow-paced voice issues the verdict. In response, several interns step aside and allow a figure strapped upright in a bracing chair to roll toward me. He looks familiar, and this makes me wary. My tour guide disguise may soon come undone. Then when I see his clouded eyes and notice how his focus drifts to the left, guilty relief pours over me. The young man is most certainly blind, or at least suffering major visual difficulties.

I grab his extended hand. A strange heat sensation creeps up my arm and grows into an intense aching pain at the top of my shoulder. I try to pull my hand back, but he resists me. His strength is unexpected.

“They call me Balls. I guess that has to do with the way I roll.” He releases my hand and then glides in reverse, grinning perhaps at his joke or at his confounding application of strength.

Redhead confronts him. “What do you mean? How are both answers wrong?”

“Easy. If you read the papers from the later years of Dr. Satan’s life, then you would know that he did not believe in God. Instead, he became fascinated with studying about the tendency humans have for believing in a god. He refused to offer his body for resurrection consideration, because he was afraid that when the first human resurrection did become a reality, then others would respond to it by treating the resurrected person like a god. Dr. Satan wanted no part in this practice. Am I right SJ?

I’m struck by the clever deception in Ball’s words and quickly agree. We’re certain to become allies. Whether he knows the truth of my raising father’s belief or not, he’s not divulging. For this, I’m grateful.

“Balls is right. And thanks to society’s advance in knowledge, strengthened by scientific research, the era of reliance on religious belief to explain the unexplainable has ended. My father would have chosen differently had he lived to see this development.” Before I can think, my words slip out, but no one makes the connection.

Redhead persists. “Then who will be the first?

Several begin talking at once, and I have no need to answer. A great debates parks, and I seize my opportunity to slip away.

I find the module where Kate’s body is placed. I see no sign of Fol or workers, and this boosts my resolve. Using my wrist tablet to tap into The Abide worker database, I set myself up as an alternate worker and verify with my lab clearance number.

Scrolling down the list of options, I select “thermo test scan.” The digital screen on the plate-size dial of the cylinder cap illuminates, and the temperature readings begin to fluctuate. My hand shakes as I hover over the alarm switch waiting to hit cancel in case of an errant temperature variation.

Nothing happens, but the digital numbers continue to stream as micro increment calibrations seek consensus. It’s taking too long. I’ll have to check for occupancy another way.

I look for something to break the screen and find a loose transfer rod at the module base. I hate to resort to such extremes. Any malfunction could compromise Kate’s chances of ever being resurrected.

I grip the bar firmly. I have no choice.