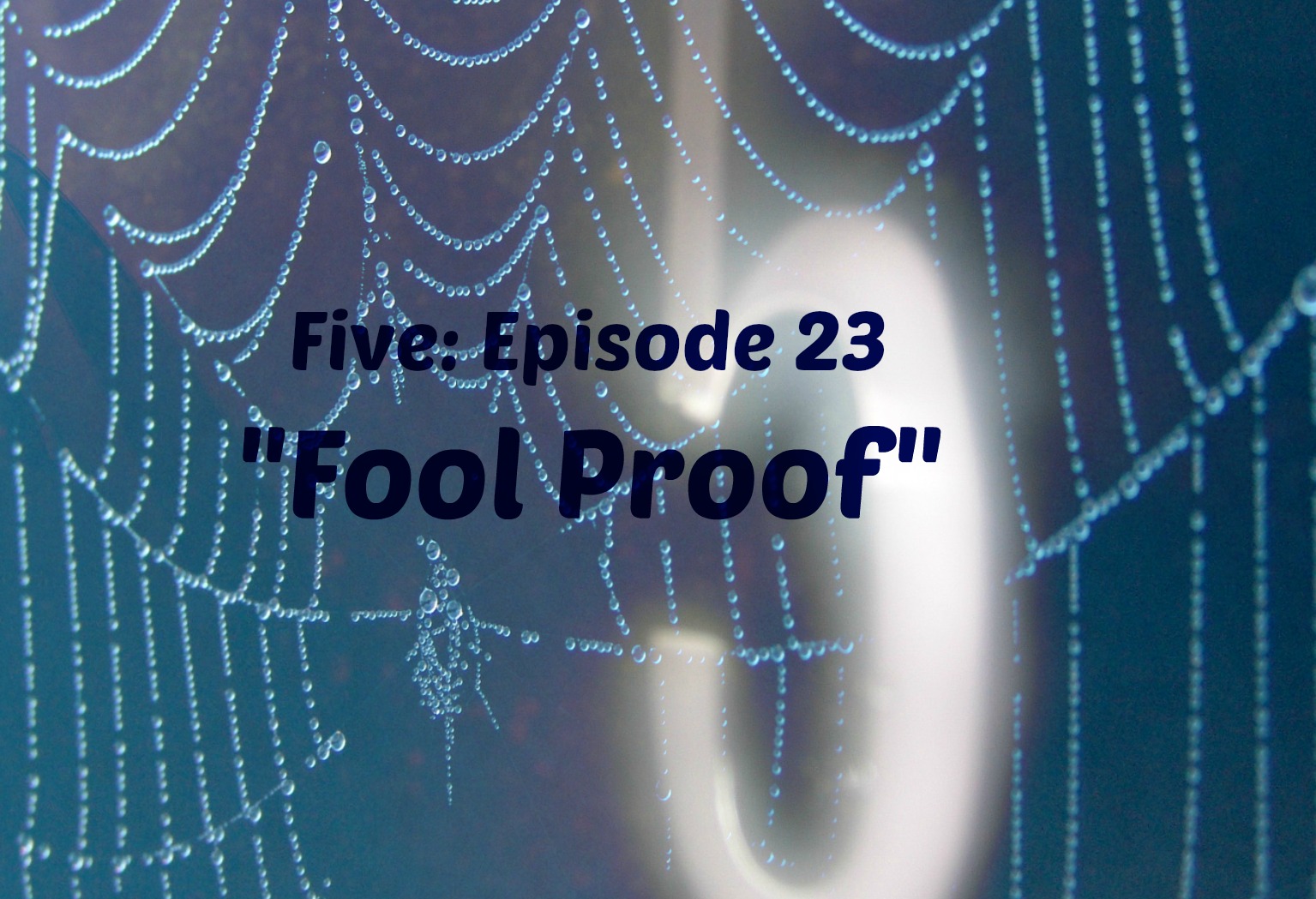 Five: Episode Twenty-three is based off the following book excerpt from my science fiction supernatural thriller, The Contingency Generation.

The car moves onto the rail and then calculates traffic to optimize the route. Fol increases the maximum allowed speed and selects “medical emergency.” If SS (Sector Security) forces choose to accompany him on his route, then they will likely drop off at the hospital zone. Even still, if they scan his registration it will show the highest level of clearance. Alliance with the chief has its perks.

In the mirror, he sees SJ’s motionless form slumped in the back seat. Is she breathing? He selects “life alert” and the assessment screen reveals two passengers, with the status bar indicating “healthy.”

His impatience got the better of him. Propofylozine is supposed to be given intravenously and not in the tissue. He knew that, but his experience in dosing an Uncooperative this way has so far not been fatal. Dosing was less tiresome than constantly having to persuade humans to follow his plans.

Free will is the worst option a creator could ever give his creatures. When his father is brought back to life, his very presence will be motivation enough to vanquish the slightest attraction for alternate authority. “The Beast” will be the man who conquers death. Now, because of the Great Reversal, the world is hungry for resurrection. Human fascination concerning resurrection was squandered long ago. His success will be in giving new life to all men and not just one.

The imagery for that accomplishment lies with SJ, and her preoccupation with finding Kait is a disadvantage. SJ has not learned to prioritize or see beyond the representation that is in front of her. These weak areas usually make it easier to lead and delude her. She must stick with the plan, because then the rest of the world will be even easier to fool. If earth’s most famous resurrection scientist performs a resurrection, then the population will believe it has happened.

The Beast will be first, and then all those whose families contract with them under the Carbon Code will be given the option. Their family monopoly will grow until the entire world is loyal to their direction. All will soon see the majesty of his plans and universe and his realm will surpass all others.

His plan is fool proof.

Except for one thing.

His Heshee sibling is essential to the strategy, but she might once again refuse to execute what is necessary. Her powers of perceiving what motivates a specific human’s heart are unsurpassed. She can interpret psychological detail and predict responding actions with uncanny precision. But in more recent centuries, she uses her skills only when she feels cooperative. Ever since her choice to live as neither male nor female, she’s grown increasingly independent and proudly flaunts him with the matter. He must find a way to coerce her or remove her from the Conquering entirely. But this hiccup is not a big concern. Overcoming problems is why he’s most suited to rule alongside The Beast.

The car reaches the underground rail entrance and Fol shifts his focus. When parked, he steps out and LPR militia pushing a bracing chair move to greet him. Above the roar of auto engines traveling past, Fol yells, “Be careful. She’s unconscious. She’s had a relapse. Sedation is the only thing that keeps her seizures at bay.” His carefully chosen words and their scan of SJ’s wrist screen are all that is needed to complete the touching charade, “Designated kin concerned for his sick mate.”

While LPR responders implement intravenous sedation on SJ, Fol’s DCN workers rush to finish preparations on the tunnel car. The underground journey will be routed to deliver SJ to a receiving hospital, which Fol has carefully chosen because of its proximity to SHEOL, DCN’s brand new energy headquarters, located inside the re-purposed Eisenhower tunnel.

When they are in route, Fol will recalibrate the destination, so they’ll arrive instead at the underground complex, which is outfitted for any medical crises that might occur during the final phase of the Carbon Code initiative.

Drugging SJ accelerated the plan, and Fol must notify the rest of the new timetable.

He scouts out a bathroom dais on the pavement, places his feet on the outlined footprints, and waits for his weight to trigger the round walls to surround him. A sparkling stainless commode and sink rise from their designated blocks. When the enclosure completely seals, the outside engine noises muffle.

Inside, Fol taps on his wrist screen and then begins to speak. “Team alert. Initiating Alpha. Repeat. Begin Alpha. SJ to arrive shortly at SHEOL. There she will operate in the duplicate arena designed for the resurrection. Please prepare accordingly. Resurrection will appear live on 06-06-2165 across the world and be confirmed by Baphomet, masked as the CEO of Medical Plausibility. Universe United will then declare it official, and a second statement from the Life Preservation and Resource council, delivered by Contrell, will follow. Immediate concerns will be the assumed objections raised by Nesbitt and SJ’s original team. Baphomet will take care of this and use her masking skills to appear to them as the director of Medical Plausibility. The story will be how Plausibility merely responded to sabotage threats and ordered SJ removed and placed in a secret location to protect the work. Further explanation will reveal that the menace appears to come from someone within the existing team, which of course makes it necessary for the backup team to be called into place. Dr. Birch will be cleared to serve as SJ’s new assistant. All team members have permission to execute any measure necessary to ensure resurrection completion as I have instructed even if it means overruling SJ’s requests.”

Fol ceases his monologue to scan the dictated summary now appearing on his screen. Then he resumes speaking. “Please confirm receipt of this update.”

After several seconds, chime affirmations begin to emit from his screen. The ring tones are unique and play a melody that Fol usually enjoys, but he soon realizes two are missing. Baphomet and Lucifer have not responded.

“Sir, we need to verify the amount of Propof you gave your partner.” A voice speaks from outside the enclosure.

“Right. I’ll be right there.” Fol flushes the commode and then presses the wall retraction switch.

Where are Baph and Lucifer?