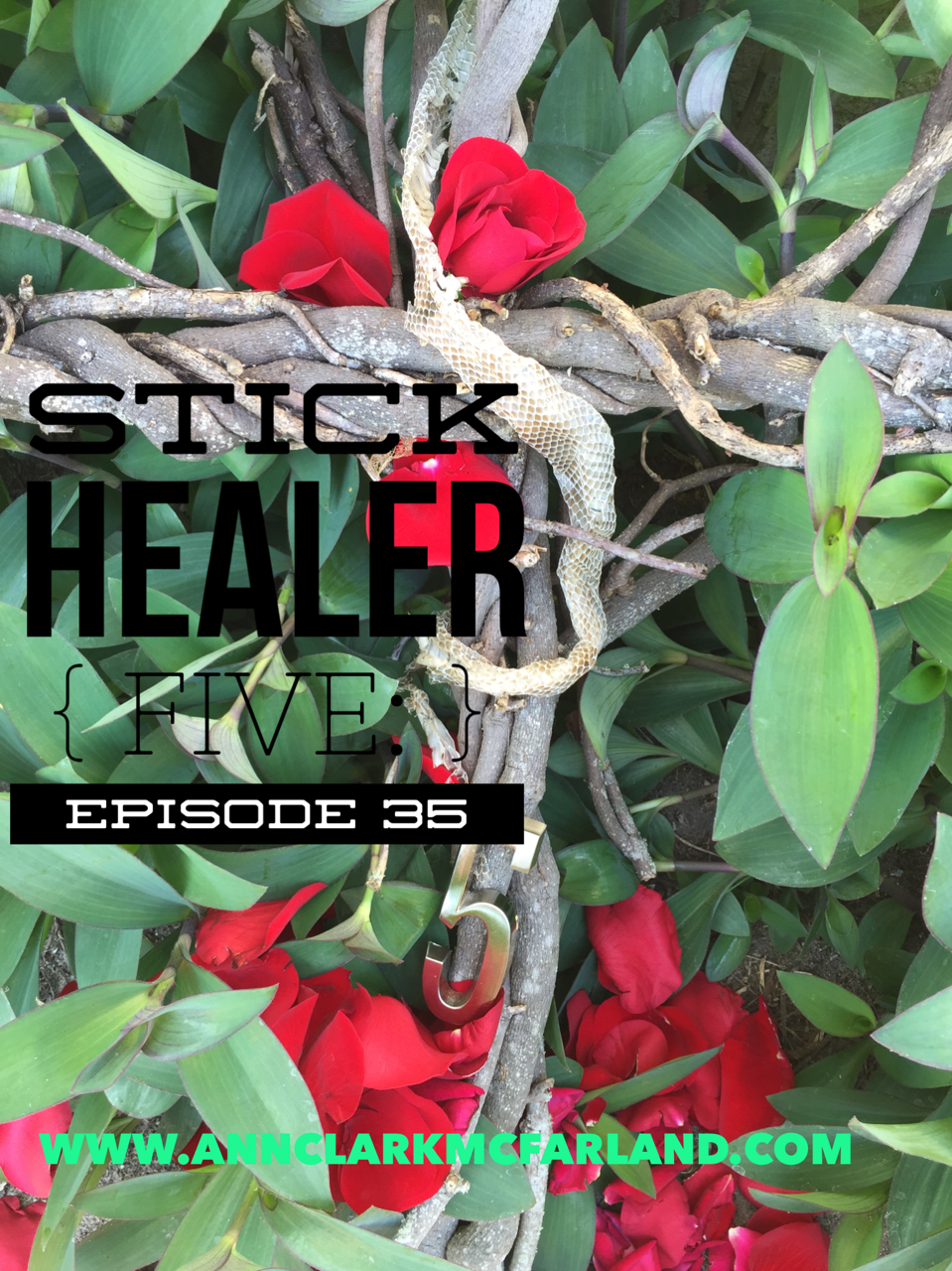 Five: Episode Thirty-five is based off the following book excerpt from my science fiction supernatural thriller, The Contingency Generation.

Inside the school, we descend two short flights of stairs and arrive at a landing with a windowed door. Distant yells and shouts come from the other side. Flash looks through the small glass pane and then moves so I can see. Across a hallway is another door propped open to a recreation room where children are playing.

Flash tells me to wait. I watch him enter the rec room and beckon to someone. Then he returns and hurriedly closes the stairwell door and pushes me back into the corner.

His stealthiness and talk of Fol’s ruthlessness has set me on edge. Baph’s strange behavior toward her brother and now Flash’s unveiled contempt of him makes me feel as if everyone around me sees Fol differently than I do.

Sure, Fol is prone to take charge, but he only takes over when he thinks others don’t or won’t assume the responsibility. It’s not like he’s an evil superpower. He pressures, because he desires every misfortune to be turned into something good. He transforms things. This tendency is the comforting reason I’m certain we can work together to fix our relationship. I’m positive he’ll learn to care for me and others without jumping for control. He just needs clearer boundaries.

Suddenly the door flies open, and a younger and thinner version of Flash steps through and gives Flash a hug. “It’s good to see you, bro. I’ve been waiting for days.”

Flash responds with an attempt at a playful headlock, but the spirited man ducks.

“What took you so long?” The man glances my way briefly, but his intensity stays on Flash.

“I couldn’t get away from sector transfers until just this week.” Flash pulls open the door.

The man waves us through first. “Wait here while I get the box.”

When I’m certain the man is out of hearing distance, I ask Flash who he is.

“Your brother? That’s great.” My spirits lift. I could practically hug my antique friend. “Do you think he’ll let me use his media wall to connect to my team?”

“Really? You think that’s your smartest move?” Flash looks at me as if I’ve suggested we sign up for meal delivery to a lion’s den.

“Why is it so hard to imagine my predicament?” My brief affection for Mr. Ancient turns to aggravation. “The sooner I communicate with my team, then the quicker I’ll know the extent of the sabotage on the Resurrection Project.”

Flash rakes his hand through his thick white spiked hair and mumbles. “I’m not the one with the imagination problem.”

“What did you say?” I give him my fiercest look. I dare you to repeat your sarcasm.

He grins back idiotically. “It’s just that lies are best kept from a distance. You can’t be sure about anything that displays on a media wall. Didn’t you say you believe Kate is alive because you saw her at the conference with Nesbitt masked as the CEO of Plausibility? In my humble opinion, when you stand close enough to smell your audience and communicate eyeball to eyeball then you have less of a chance for being deceived.”

“Maybe so, but every delay puts a crimp in our timetable. I don’t even know what I’m dealing with until we talk, and my absence may stir up credibility issues. Whatever happens needs to happen fast. Remaining undercover just slows me down.” And makes me feel more like a criminal.

“Not if you hop on my taxi service. Global Safety requested that I deliver the missing sympathizer’s belongings to the closest GS office, but power issues being what they are makes closest a relative term. Besides, I’ve got my eccentric reputation to maintain. In the transfer world, I’m known as Flash, the notorious Ancient who wards off his retirement by engaging in wild and dangerous transfers without a fuss. I figure your mission fits into that description with room to spare. Did I mention speedy? “

I’m about to explain my aversion to reckless disregard for authority, but Chris appears in the hall again with a box piled high with clothing. When he gets closer, I see shoes on top that look as if they belong to a woman. The smell of smoke is strong.

“Here’s the stuff. It’s all we could salvage from the fire.” Chris turns to me. “Who’s your partner?”

Before I can speak, Flash jumps in. “She’s a stowaway.”

I can’t believe Flash is so glib. Chris smiles at me knowingly, and I get the sense that this is not the first time the two have cooperated in mystery trafficking. I want to set the record straight, but instead I remain silent. What’s wrong with me? Why am I allowing circumstance to turn me into a secret to be smuggled?

“Hey do you mind if she waits in the equipment room? Power went out in the tunnel, and we left the van about three miles back. I expect it will be along soon. She needs a place to rest while you and I catch up.” Flash takes the box.

The three of us head down to a well-stocked equipment room. Chris clears some sports balls off a small sofa. “Here’s a quiet corner. No one should disturb you.”

Flash places the box on the floor and nods approvingly while I settle onto the couch. “I won’t be long, and I’ll be back with some grub, too. If you lay low, it’ll be a lot less complicated.”

I’m too tired to argue. The men leave. Just this morning, I was discharged from the hospital, but I feel as if I’ve been out for days. Recovery from poisoning or drugging is probably best done at a leisurely pace, which by definition would exclude hiking through tunnels and hiding my identity. I’m more exhausted than I could have imagined.

Do I look as bad as I feel?

I get up to inspect my appearance in the mirror on the backside of the door, but quickly find myself sidestepping sports equipment to avoid being bowled over when the door pops open and a young girl rushes in. She seems startled to see me, so I swiftly put my fingers to my lips and whisper, “Shhhh.”

I nod, hoping that if I play along she won’t alert anyone that I am here. I’m not happy about my foolish predicament, but I don’t want trouble for Chris.

“I’ll hide here too.” She laughs gaily. “Tell me what you look like.” Her eyes are open and the light is on.

“No. I’m blind. But I can feel you.” She giggles. Strawberry blonde wisps escape two pigtails, which crisscross her head like a crown.

She grins and says, “My name is Bow. Not like hair bow but bow. Like this.” Giggling, she leans over with one hand behind her back and the other across her stomach.

Then she asks, “What does SJ mean?”

She seems to think this is hilarious and squeals, “I know that. So is mine. Bella Orinda Washington. B. O. W. But what does SJ stand for?”

“Ohhhhh. That’s what I want to be. A doctor or maybe a stick healer. My teacher told us about the Stick Healer. Do you know about him?”

Before I can answer, she holds out her hand again. “Lead me to the couch, and I’ll tell you the story.”