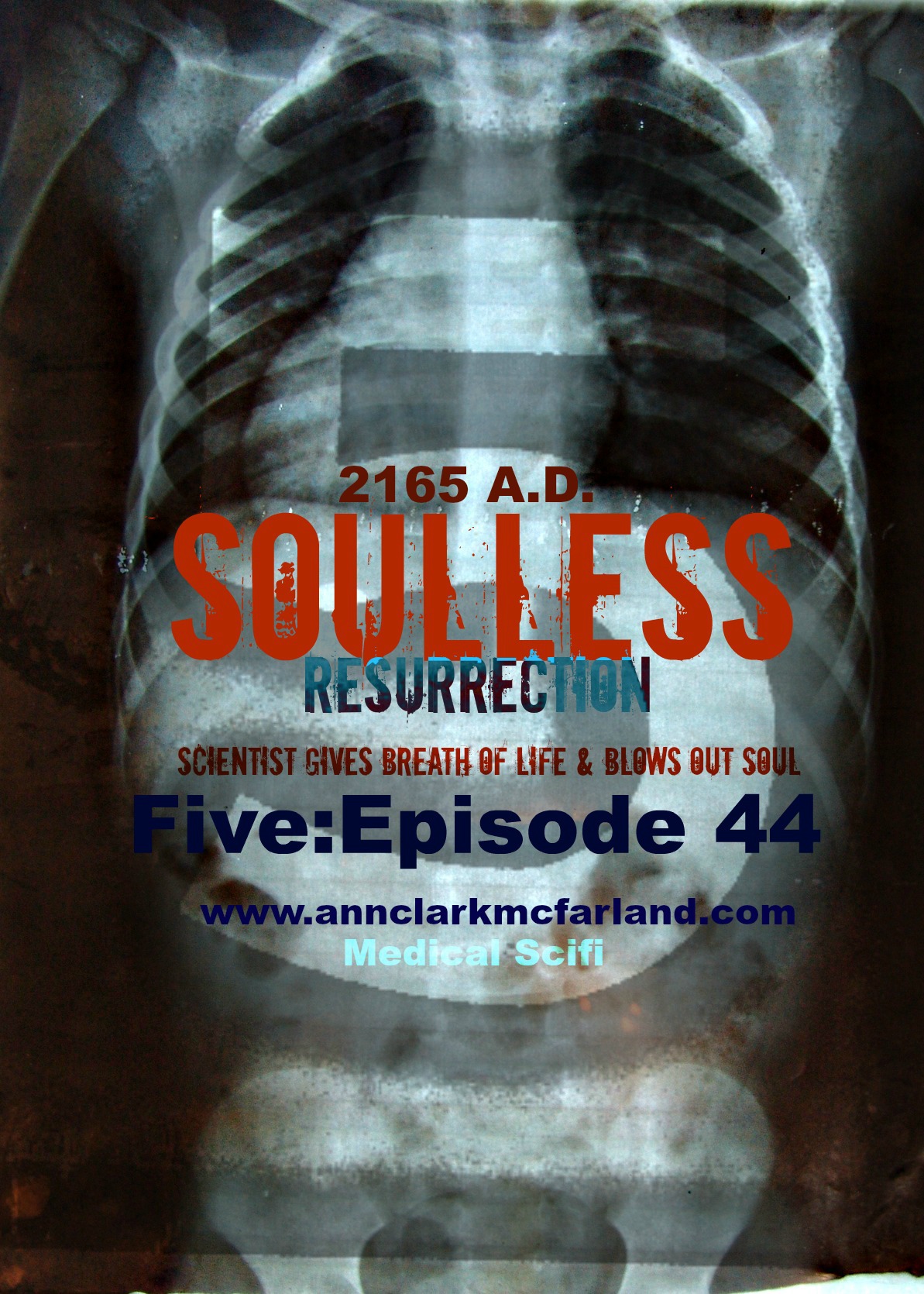 Five: Episode Forty-four is based off the following book excerpt from my science fiction, supernatural, thriller, The Contingency Generation.

I slip back into the empty auditorium with Natalie’s copy of the Book of Wisdom. I’ll have to keep my actions hidden. Birch would love to see my credibility crumble.

The first thing I notice is the print date of 2085, which makes the book an 80-year-old black market copy.

The Religious Sanction Code was passed by a majority council of Universe United in 2065. All twenty-two sectors finally agreed that religious practices were primarily responsible for propagating wars and conflicts. In an effort to diminish religious activity, severe penalties were established against print, production, or distribution of all religious materials.

I trace over the faded gold imprint on the back cover and wonder if it’s a bogus name. Religious history studies from my Child Development School days suggests that illegal reprints of religious books were intentionally composed to be discreet. Even the title, Book of Wisdom, is most likely generic and substituted for the original.

I shift through loose fragile pages to find the table of contents. I’m surprised to see sixty-six volumes demarcated within the body of the book.

“Must be fascinating to hold historic contraband one hundred years after they passed RSC.”  The voice startles me.

I look around and see an intruder walking—no—more like gliding toward me from the east corner of the room. My solitude is a mirage, it seems.

When the apparition reaches my section, I’m able to distinguish that it’s a man strapped upright in a bracing chair, and shock of all shocks, I recognize him.

“Balls? What are you doing here? How do you know wha–t….?” My questions dissolve into surprise. How did the blind paraplegic manage to find me? Even more peculiar is the fact that he referenced exactly what I hold in my hands.

“I rode along with the body delivery from The Abide. I’m here for the big one. Permission granted because of my hard work, I suppose.” He extends his hand. “Glad to be of assistance, Dr. S. J.”

The odd transfer of strength and heat from his touch creeps up my arm and forms into a dull tingling ache in my shoulder. The sensation reminds me of our first meeting. The one where he helped pick the lock on Kate’s cylinder.

He releases my hand immediately this time and moves to touch the book. “I always wanted to examine one of these. The RSC ban put an end to their mass production, but I believe it’s the general evolution that came with advanced technology and the habit of posting knowledge onto data screens instead of paper that most affected the chain of passing on religious beliefs from one generation to the next.”

He rolls past me down the aisle as he speaks and then turns around near the stage and calls back, “Would you agree, Doc?”

“Possibly.” I realign the pages and close the book. “Evidence from my research on generation communications suggests that very little substance on any topic is deliberately being passed from one generation to another in spoken or paper format.”

He returns to the section where I sit, and although I know he can’t see me, I feel self-conscious when I re-wrap the book in the muslin cloth and place it into my bag.

“Which is exactly what troubles me.” Balls speaks as he fidgets with something on his chair strap.

He raises his head in my direction. “What if one generation’s decisions about useful knowledge is terribly misguided and their mistake contributes to the demise of future generations?”

Before I can come up with an answer, he continues, “It’s not an unlikely scenario. Even with our generation. Most of our children are delivered by professional surrogates, and child rearing occurs within sector regulated Child Development Schools. Any knowledge taught to children is based on what our sector leaders consider to be valuable. All other information comes to us through our fingertips on technology, that is if the knowledge is still available.”

Much as I’d rather deny it, Ball’s word’s describe exactly what has happened. Until today, my inability to access the material of the Book of Wisdom has kept me in the dark about the oddly occurring messages.

“You’re right. Truth is elusive without access to the facts.” I stand and walk up the aisle to the back lobby. I hear the bracing chair whir behind me. Balls manages to keep an exact distance of several pace lengths. How does he do this without seeing?

When I approach the exit he speeds around me and props open the door with his chair. “I know this will sound strange coming from a blind person, but getting to the root truth of a matter is as necessary to me as being able to live in the light.” He chuckles and adds, “Which is why I’ve no use for this underground den. No offense to your boyfriend builder, but if it weren’t for the sabotage attempt and need for relocation of the resurrection trials, SHEOL would be the last place I’d choose for the dead to come back to life.”

“Where would you have the trials take place?” I’m curious.

“Where is that? Region 8?” The effect of my question makes me wonder if his blindness is from birth or a later accident.

“Nope. It’s a place more beautiful place than most have ever seen.”

Three hours later, after assessments and interactions with the resurrection candidate, one thing becomes clear. Our John Doe is alive, but something is missing.

I preside over an impromptu meeting in the auditorium to promote frank discussion about everyone’s observations. While are all excited about the success. Most agree that the candidate’s physical parameters are in an acceptable range, and his mental acuity measures consistent with the knowledge and memory of the young man, but there are two points of wary discussion.

The lessor event is the odd but extreme sensation of cold transfer when any contact is made with the hands of the resurrected man.

The greater concern comes from the psychology team experts who insist that the mood and emotion scan continues to register dangerous lows or even absent measurements altogether, a fact that usually indicates the presence of extreme psycho/sociopathic impulses.

The nervous woman who delivers the psych report concludes her remarks with the team’s cautious recommendation. “We believe that the resurrection candidate’s medical release should be contingent only on direct admission to a Level Four institution that provides psychiatric care within his home region.”

Outbursts fill the room and scoffers reject the concern as too soon to warrant unease.

Above the fray, I hear the woman’s voice grow loud with warning. “Besides the scan readings, there’s his reaction to known loving family members, who he recognizes but responds to in a detached unemotional way. Multiple times his mother approached the staff to ask if he had been drugged because of his apathy.  When we ask her to describe what she sees, she declares, It’s him, but it’s not him. It’s as if he’s alive but has no soul.”

The room erupts again, rejecting the psychology team’s concerns. I’m certain the majority do not believe in the word “soul” as the mother uses it. The essence of being alive has been established for ages and is explainable in terms of biological and cognitive matters and physical laws.

Still, as the team leader, I’m responsible. If resurrection alters the protein and carbon dust pile that we are in some terribly negative way, then I must insist we cease the process until we can determine the impact. The news is disturbing.

I never imagined my “breath of life” would blow out a man’s soul.