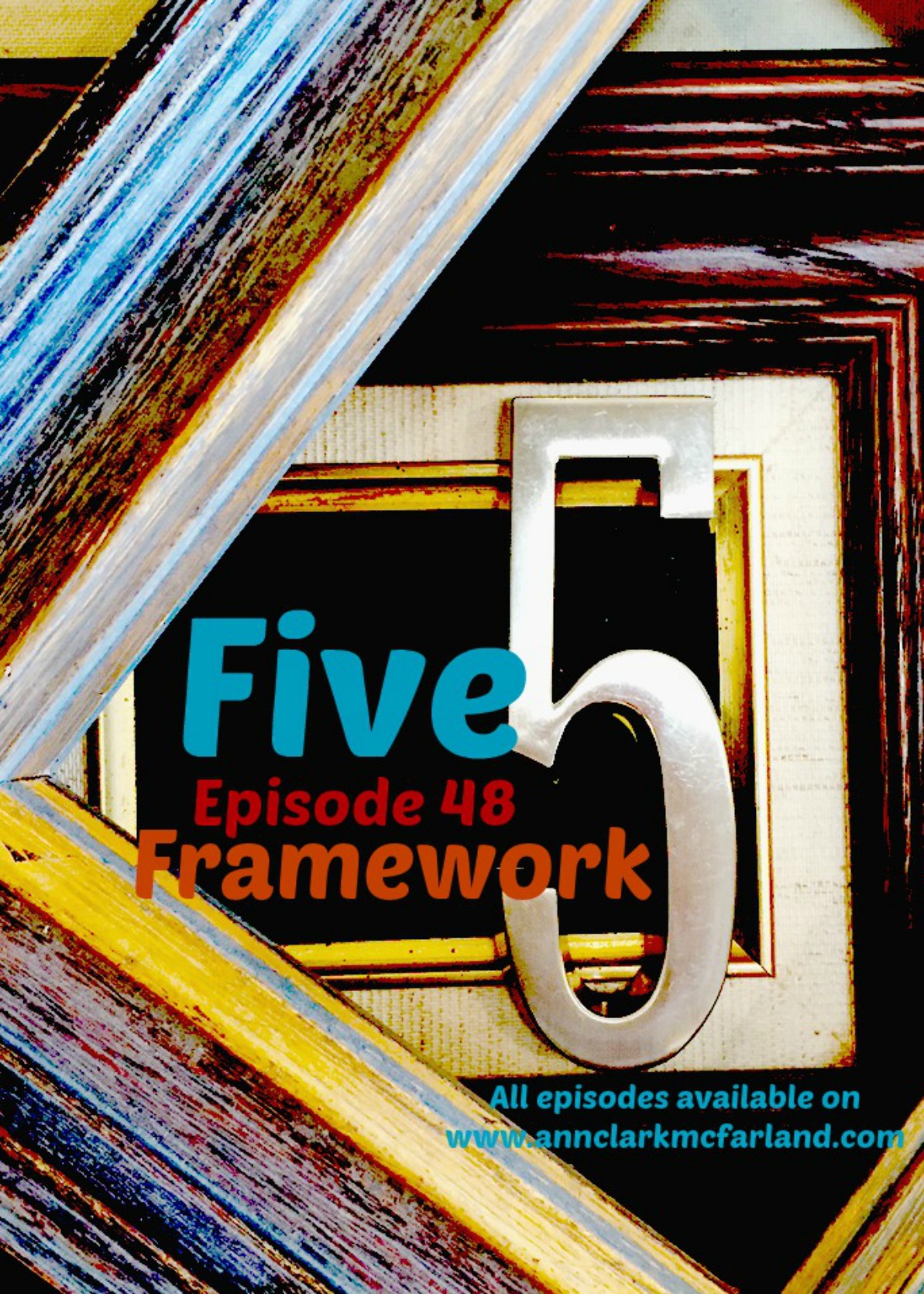 Five: Episode Forty-eight is based off the following book excerpt from my science fiction, supernatural, thriller, The Contingency Generation.

I flatten out the printer error log containing my first message from Five. I turn it so the text is readable to her. “This has to be Kate’s copy. Why is it here?”

“I hoped you’d find it.” Still holding the book, Baph struggles to shed her coat.

I watch her for signs of masking. Baph holds the highest level of expertise in the art form, but so did Kate, and Kate made sure to pound into me several self-preservation tricks to uncover targeted deception.

“Please understand. I took it, because I knew someday I’d need your help.” The voice comes out pleading.

“Help with what?” I sneer, angry over the manipulation.

Underneath my fierce gaze, the heshee’s face shifts multiple times and then abruptly contorts into an expression I don’t at first recognize until her eyes fill with tears, and she sits and dabs at her face.

The crying is unexpected. Nice touch but looking for sympathy won’t work on me. I cling to my suspicions as I move to shut the study door. Baph shifts in her chair when I pass, and the voluminous Hermes scarf enveloping her petite neck slips sideways. The revealed skin shows unmistakable signs.

“How long have you been ill?” I ask, knowing the answer by the maturity and location of the bruising that it’s been a while.

“Four years and two days.” Baph sits up straight and pulls the material snug again, using  the book to anchor the scarf against her chest. “I’ve passed the Corpound stage, and diagnostics show I’ve moved into Elwinde.”

I read the pain in the jaundiced eyes and know no imitation can produce the effect.

“Where’s that?” Compassion overrules. The stages of the Bonemic plague are merciless.

“Five, I hope. It’s all true you know. There’s more to life than what’s here. Fol’s been banned from all of it, so he wants life to renew on earth, but I just want to be left alone. You’ve got to help me.”

Her claim startles me. I don’t expect such a deluded perspective from Fol’s sibling. Perhaps it’s her way of coping.

“I can get you rejuvacatin. You’ll be resurrected,” I speak encouragingly.

“No I won’t. I’m on the blacklist. Fol’s made sure of it. He doesn’t plan for my body to resurrect. Because I’m a heshee and abnormal. He only wants my spirit to return and then enter Kate’s body. He says the exchange will ensure you’ll do his will forever, but I won’t do it. You’ve got to help me.”

“Fol has no control over this. I do.” I remind her.

“Yes, in appearances you do, for now. But if you lose your position, Birch will take over, and if Birch doesn’t do as Fol wishes, then someone else will be put in his place. It doesn’t matter. Fol holds the persuasive power. He’s been using me to mask as any power player he needs to cement the deals necessary to put his plan in place. Anyone who discovers the ruse or tries to block him is eliminated. Once I die, I will rise again as Kate and the masking will continue.

“What you say is impossible. Fol is a very mistaken man. Even if there were such a thing as souls, I’m certain they can’t pick and choose what body they go with. I was about to ask for a pause in the trials. Now I will insist. None of what you say makes sense to me, but I know something about the resurrection process is wrong. Human psychosocial integrity seems to be compromised in the process. The man gave no indication of a moral compass in our tests.”

Baph nods. “That void will continue. Mortar won’t allow souls to return. But Fol has a solution. It starts when you raise father.”

Baph holds out the book. “He who holds all things together. It’s all in here. His book. Find the messages. Then you’ll see.”

I take it and open to the dedication page. The name, “Evelyn Dittmar” is neatly printed beneath the message, “Our Baby Girl, May 5, 1958.”  Startled by the revelation, I slam the book shut and shove it back in her hands. “You’re lying. This is not your father’s book. It belongs to a woman.” Does she know about Evie?

Baph smooths out the rumpled pages and speaks in a whisper. “Please believe me. It’s his.”

“How can it be? The birthdate written is 200 years ago.” I spit out my words, angry with myself for believing even a speck of the details.  “Fol’s spoken of how your father’s life ended just a few short years ago, and he was only 72 when he died.”

I continue my scolding. “I’m not a fool. You’ve painted me a striking picture, god only knows why, but unless you give me real proof, I won’t consider any of it true. I can’t begin to understand the dynamics between you and your brother, and I’m hesitant to add your father to your unholy family mix, but I’ll do whatever is necessary to keep my job and the integrity of the resurrection trials.

Baph meets my contempt with silence. She takes her time closing the book and placing the ribbon marker between the pages. When she stands, she looks defeated. In a low expressionless voice, she says, “Very well.  You leave me no choice. What I’m about to show you must stay between us. Fol must never know.”

She thrusts the book back in my hands and urgently demands, “Hold onto this. It acts as a shield. It will protect you. Whatever happens next do not make a sound or move an inch.”

One Response to Five: Episode 48 … Framework