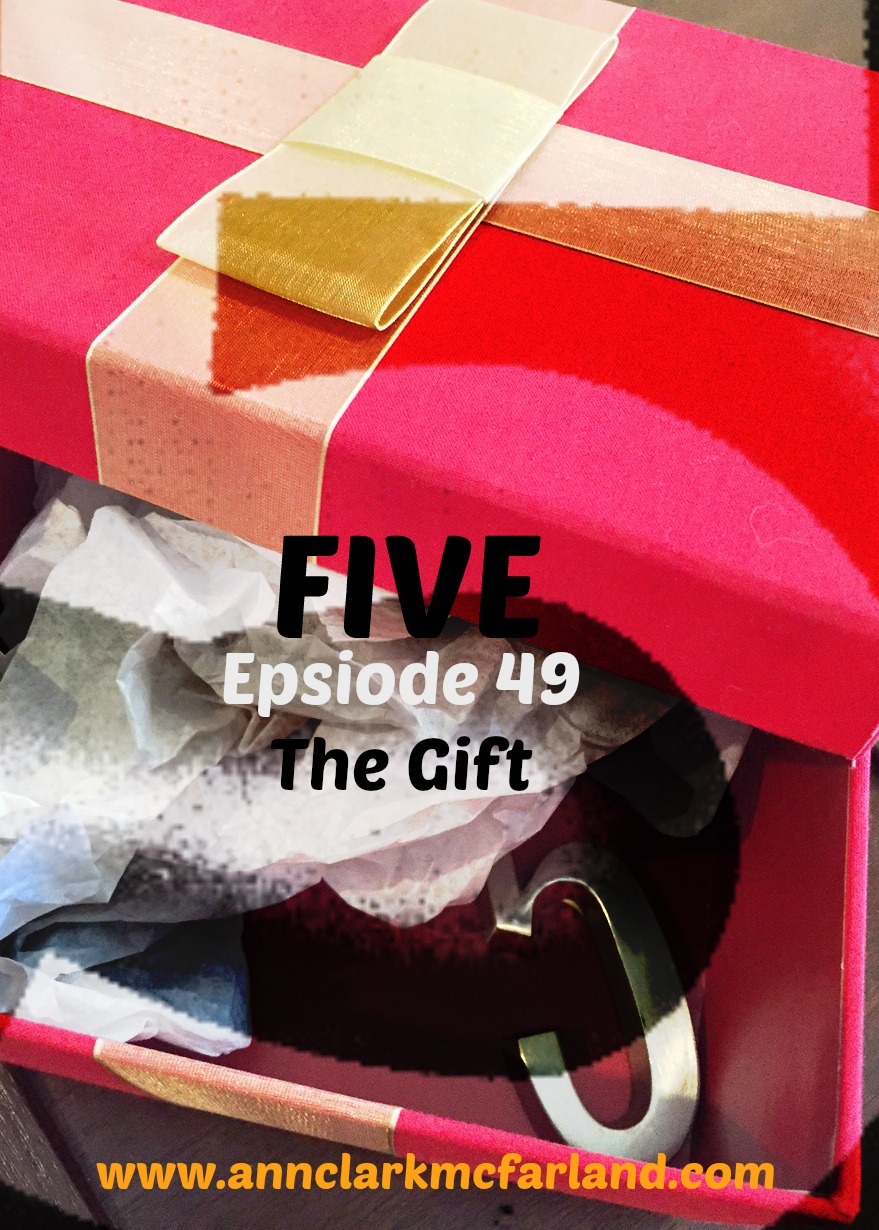 Five: Episode Forty-nine is based off the following book excerpt from my science fiction, supernatural, thriller, The Contingency Generation.

“What will Fol say if he finds us gone?” I follow the heshee toward the guest quarters where the Morenci is parked

“It’s not a problem. You’re Kate’s designated kin, and that gives you cause to confirm the body.”

Rational thoughts creep in to overrule the wonder of what I’ve just witnessed. Lucifer’s appearance must surely be some sort of mirage imagery. The advanced form of masking is a skill often employed by those seeking power. Although the effects of such expert tactics can be spectacular, I’m typically not interested in political clashes. If I’m to believe what I’ve seen and heard, then Baph, Fol, Lucifer, their father, and Flash are all engaged in some sort of turf war. Heralds must be ringleaders. If Mortar is the author of the ancient book, then he’s been dead a long time, but it’s obvious his followers hold influence and must be behind the attempt to thwart Fol’s plans.

Despair undermines my sense of intrigue.

In a matter of minutes, I’ll confirm it.

Her missing body and the strange appearance of her face on my wall screen led me to believe that maybe she was alive but kidnapped or perhaps on some sort of mission.

I stumble, and the book flips out of my grip. Baph waits as I stoop to pick it up.

“You’re disappointed. I can see it in your face.” The heshee’s uncanny intuition flourishes.

I give no answer but brush off the book cover and refasten the clasp.

Consolation follows. “It’s just a matter of time. Kate will be alive once you bring her back.”

Am I so easy to read? Baph means well, but I make my voice fierce to cover my grief. “It might not happen. I refuse to revive bodies so they can survive as empty shells.”

“But you can’t stop. Don’t you see? Not yet. You have to raise father. His influence will keep Fol in check.”

I snap. “Baph, you just don’t get it. What if your father revives but doesn’t return as the man you remember? I’ve gotten word from the team that now three of our resurrection trials live, but they scored extremely high in the range for deviant psycho-social behavior. That’s too big a risk.”

“The Beast will resurrect to be the same as he was.”

“I just do. Trust me. My father is not like any other candidate.”

I want to ask what those words mean, but I’m tired of riddles.

I climb into the passenger side as Baph ignites the engine. A sound, well over 600 horsepower, explodes in my ears.

We roar through cross tunnels that lead away from the higher Sheol dwellings. We descend into the lower valley where the medical quarters are.

When we reach Kerioth, Baph silences the engine. “My time is short. I can feel Fol’s eagerness. He wants father to be raised and then Kate, of course, with my spirit inside. Promise me one thing. When it’s time, you’ll let me die.”

“I will, but it’s not going to happen yet, and a cure may be reached before it does.

“Maybe, but if not, I want to go. And don’t let anyone give me Rejuvacatin. Promise it. On the book.” The heshee reaches over to pat the Book of Wisdom.

I push it back into her hands. “I promise.” I know the book means a lot to her, which makes me uneasy, because I don’t feel the same way.

I watch her open it, thumb through some pages and then trace her finger along the text as if searching for something. My thoughts return to Fol. What kind of man, herald, or any being for that matter, manipulates the world with such focus?

“And you must promise me something, too,” I say.

She stops reading and gives me her full attention. “What?”

“Tell me who Fol really is. I mean, I know he’s your brother and my life partner and a powerful businessman and ..,” I pause, stumbling over the next word. “and a herald, but does he steal?”

I reach over and free the message paper from the book pages. “This message says he’s a thief. I know you’ve read it.”

Baph closes the book and turns her head away.

I trace the words as I speak. “The message writer claims to be my relative, Evie, and she says Fol runs a band of delivery thieves and they must be stopped.  Apart from the fact that Evie must have some sort of mental disorder because she claims to be currently alive but also claims to have lived five generations ago, I’m not certain the entire message is nonsense. Fol does manipulate. He also misleads, withholds, and takes advantage of opportunities that are not his to take.”

A flock of DARTS swoops past the window. They glide low and then rise to perch on the ridge above Kerioth.

“I’m not afraid of the truth, you know. It’s the one thing I treasure most in life,” I say.

Baph turns and gives me a half smile. “He said that about you. You want truth as much as he wants to rule the world. To have all generations look to him to supply what is needed. That’s the empire he’s trying to build. Does that sound like stealing?”

“I don’t know, but I do know that it’s a monstrous and likely flawed goal. History is full of accounts of people who sought to rule the world with that kind of dominion and failed. If they did succeed, they ruled only for a season and imperfectly at that. It’s as if we were meant to be ruled by something other than ourselves.”

“You criticize, yet you rule in a similar capacity. By your hand you decide a man’s life.”

“Touche. And yet you criticize too. You haven’t hesitated to plead for your father’s resurrection as a means to tame Fol. It seems every need has its day. The real question is which need is greatest and more worthy?”

“It’s gotten quite simple for me, actually. I can’t keep order on my own. My illness is only one evidence of that fact. I need to be connected to the most right ruler I can find, and Fol is not the one.  I no longer want to be his pawn. A long time ago Mortar’s son came and showed people how to connect to Mortar’s rule. Then the son Mortar sent was murdered, but Mortar brought him back to life again. Mortar said that if anyone believed his words, then they would be free and live under his protection both now and in the afterlife. That’s the kind of ruler I need.”

“But what if you’re believing a lie? Then what?”

“Then I’ve lost. But it’s not like I’m winning, anyway. I’ve run out of choices.”

I can tell her mind is made up.

“There’s something else. Promise you’ll complete father’s resurrection. Then he’ll have a chance to choose, too.”

“And if you need a third, Fol has several.” Baph laughs and opens the door.

When I step out, I’m greeted by a blast of hot air. Several more currents whip past, and I try get Baph’s attention over the gale, but the heshee is already headed toward the entrance.

The DARTS leave the ridge and bank above me. Then they speed away in the direction of the flow. The tunnel we came through seems to be the source. I duck my head to avoid the sting of debris on my face. The wind speed must be in the forties. The effect is unexpected and the sounds duplicate in generated echoes throughout the cavernous opening.

I hurry to catch up with the frail heshee. When I reach her, I’m able to offer steady support against the howling wind. When I look up again to gage our course I see a hooded figure standing in the staff entrance. As we arrive, the man pulls back his hood.