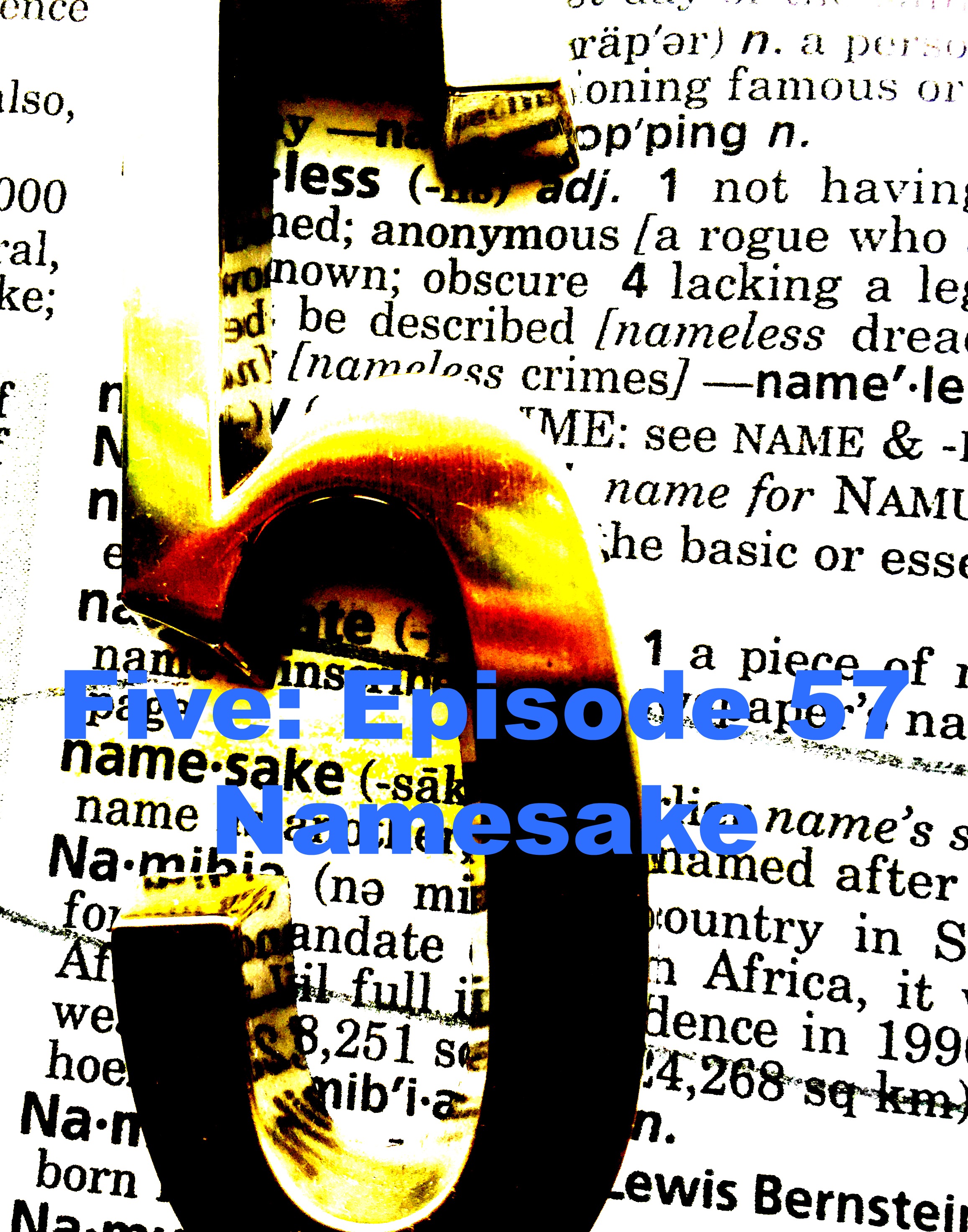 Five: Episode Fifty-Seven is based off the following book excerpt from my science fiction, supernatural, thriller, The Contingency Generation

We’ve dropped Balls at the lobby entrance of the Abide, and now Flash moves the van down the esplanade towards the passageway.

“Yep.” Flash navigates a hard right off the main rail, and the van changes to free wheel on the utility road.

Ever since my choice, the world around me keeps changing. It’s as if a monstrous page has turned over in a book entitled, “Your New Life- All Is Not What It Seems.” My work in the field of science is about getting to what lies beneath the surface of appearances, so shifting to a new perspective should not be so hard for me.

Even though I’ve overwhelming proof of Five and the supernatural, somehow I’m still having doubts. If Flash transforms and becomes unrecognizable to me, then I’m going to need assurances.

“Why do you appear to me in a different form than the one you use with workers? Except for Baph of course. She saw you the same. When we were in the tunnels at SHEOL, she worried about me hitching a ride with an Ancient.”

Flash snickers. “She would. It’s all Author Perfecter’s design, or Mortar, as Baph calls him. You’re anticipated to respond more favorably to an Ancient. Frankly, you have daddy issues. And since Fol is the son of the Beast and the biggest liar of all time, my special care was necessary. For Baph it was for other reasons.”

“Can you change now?  So I can get used to whoever you’ll become?”

“It will happen soon enough. Let’s just keep things how they are for the moment.”

“I guess it’s the same thing as Baph or Kate when they mask as another person.”

“Not entirely. I’ll be completely “live and in person” changed. It won’t be make-up or wall screen tricks. But just remember, it will still be me. Underneath it all.”

Flash parks at a distance from the entrance. Then he turns to me and holds out his hand. “By the way, let me introduce myself properly.”

I don’t know what to do, so I grab his hand, and I fell a familiar warmth creep up my arm and into my shoulder.

“I’m Michael. That’s my herald name.” He lets go and lifts his DCN cap off the dash and positions it low onto his head.

I remember Fol’s greeting on the mountain. He called Flash by the name Michael. I stare at his profile. The ancient leathery features are all I’ve ever known.

He gets out of the van and offers, “Think hermit crab. The names I bear are merely titles to the shells I wear. I appear differently to different people. You’ve only seen me as Flash. But underneath it all I’m still the same crab.”

I take a deep breath and say, “Okay. Got it. But I need a word. One that few would guess.”

“How about “namesake”?  It seems an appropriate word. Only in my case the meaning is reversed. Instead of a person or thing that has the same name as another, I have multiple names but they all add up to one thing. Me. I’m a herald by the name of Michael. To other heralds, that’s all they see. But to humans, I can appear however Mortar requires. For the sake of the Triump workers, I need to stay in the form they know. I’m Jack. Okay?” He smiles and his aged skin becomes even more crinkled.

I wait but nothing happens. “You look the same.”

“I know. I haven’t changed yet.” Flash, Michael, or Jack smiles at me.

“I’ll look different when I get back. Just  remember…Namesake.” He slams the door and goes to locate a transport rig.