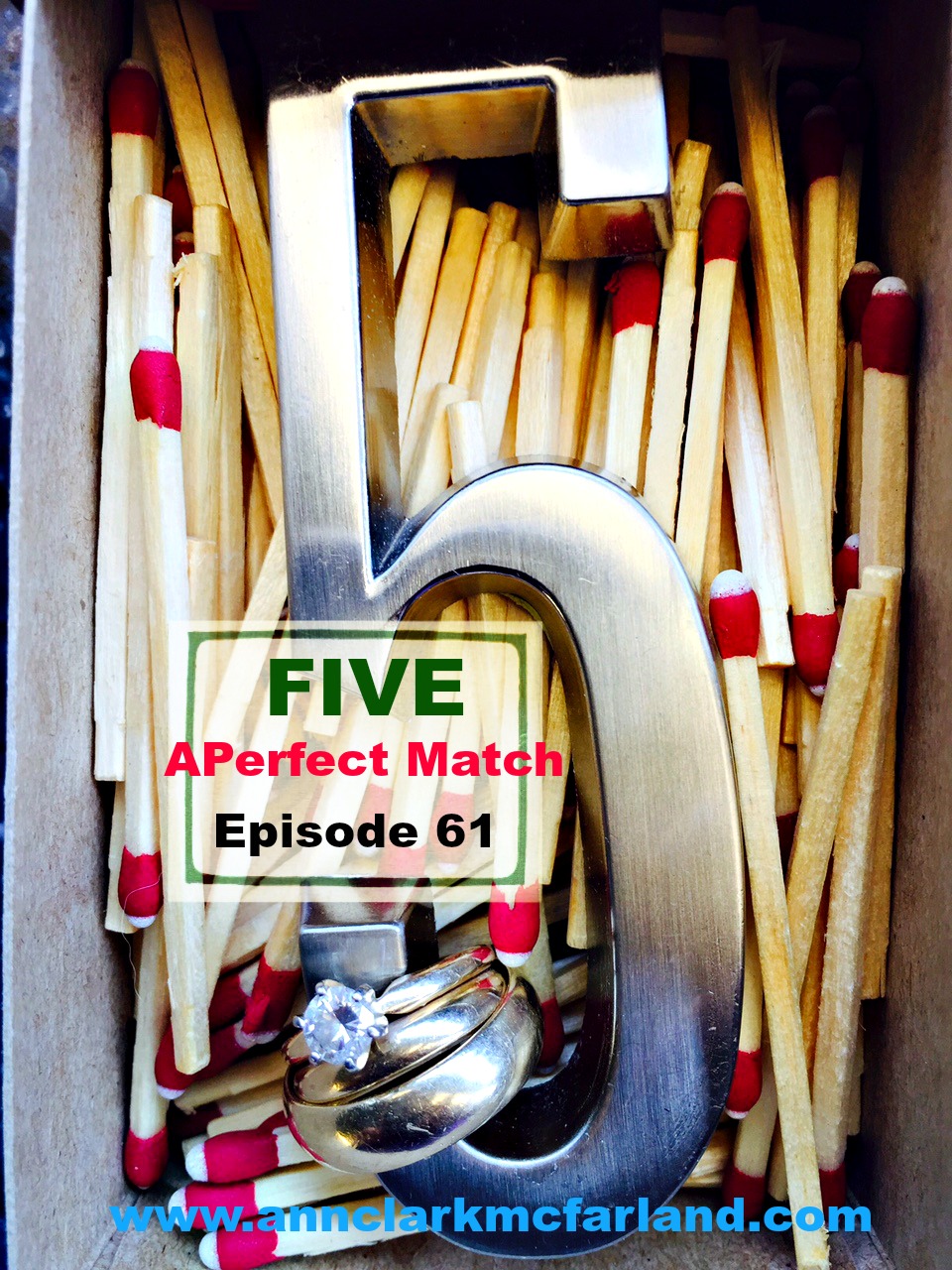 Five: Episode Sixty-One is based off the following book excerpt from my science fiction, supernatural, thriller, The Contingency Generation.

Fol motions for me to walk ahead of him in the narrow hall. He’s so close that I can feel his breath on my neck. Being discovered by the Abide’s security team would be better than being alone with him, but the scan chip I just dug out of my arm and tossed in the trash makes that move impossible.

“Did you know, dear, that my men are closing in on Kate’s cylinder right this very minute.” He grabs my arm and steers me into an alcove where an empty elevator waits.

Steady. Stay calm. He’s bluffing. I can sense his bloodthirsty excitement over the matter. He wants Baph’s soul to inhabit Kate’s resurrected body, but how could he already have discovered her buried body in the field? It’s impossible. Somehow, I must navigate through his game of lies to get to the truth.

Inside the small space and takes my chin with his hand and tilts my face toward him. “Look at me,” he commands. “Why do you resist so? I am yours and you are mine. We are partners.”

For a brief moment I’m caught by his beauty, but a demand is not an invitation, and my heart will not budge. “You are taking me to Baph,” I insist, pushing his hands away.

“Of course. As you wish.” He gives me a sneering grin.

The door opens and he shoves me out.

We’ve arrived in a part of the Abide that I’ve never seen. We must be in the bowels of the surrounding medical complex.

“Nothing to fear, darling. We’re taking a shortcut. Deliverymen travel through here all the time. Not pristine professionals like you, I’m sure.”

So far, our path manages to lead to areas devoid of activity. If I want to keep Fol acting as human as possible, then my only hope is find an audience of other people. He won’t risk jeopardizing the widely respected image he’s worked so craftily to build.

He steers me along the dimly lit passage. “Keeping you hidden from Abide security is quite a challenge, my dear. You need to trust me and stop all this running and resistance. It’s certain to affect my recommendation for your return to work. After you treat dear Baph and greet father, you’ll be taken to a special place that I’ve prepared for your recuperation. No doubt you’ll need it.”

For the sake of my sanity, I tune out Fol’s thinly veiled threats about my future. I know I can’t overpower him, and I do want to see Baph, but Fol’s claims about her choice are wrong. Baph doesn’t want to be resurrected. She believes her life will continue on Five after she dies because she chose Mortar’s rule over Fol’s. She told me Lucifer’s plan was to secretly give her the medicine and deceive Fol, but she begged me to stop it from happening.

What Fol or Lucifer wants is not my concern. Only Baph’s choice. My powerlessness to keep Kate’s body ready for resurrection is a regret that I bear, and that only adds to my resolve to see Baph’s true wishes through to her final breath.

“You’re lying about Baph. She told me she doesn’t want to be resurrected,” I tell Fol.

“That’s where you’re wrong.  I’m telling the truth. Seeing father changed her mind.  Of course you must only make it look like you’re giving her the medicine. There’s no reason for a heshee body to be brought back to life. I love my sibling, but he… she’s too much of an anomaly for this world.”

“Really, Fol? “Do you think you’re some sort of God who gets to dictate who should be resurrected and who should not?” I become bold in my anger. “If Baph wants Rejuvacatin, I will ensure it.” The cruelness of his deceitful plan is beyond understanding.

“Aren’t we alike in that game?” he hisses. “If I am the god then you are the goddess. It’s you who have overstepped.” He pushes me backwards onto a metal railing, launching into a tirade. “You’re the unruly dictator. You hid Kate’s body away with the help of your sympathizers. It’s your voice that calls for a halt in the resurrection trials, because you’ve decided there’s some mystery affect happening to the candidates and you need to run more research. You’d let your need for perfection rule over the cries of entire world populations. People are dying in droves from sickness and disaster. Yet, despite this great human need, you waiver.”

He grabs me by the hand and forces me into a pace so  swift that I keep stumbling, but he remains merciless. I’m afraid of him, but it’s his attack on my character that fills me with the most dread.

Is it true? Are he and I alike?