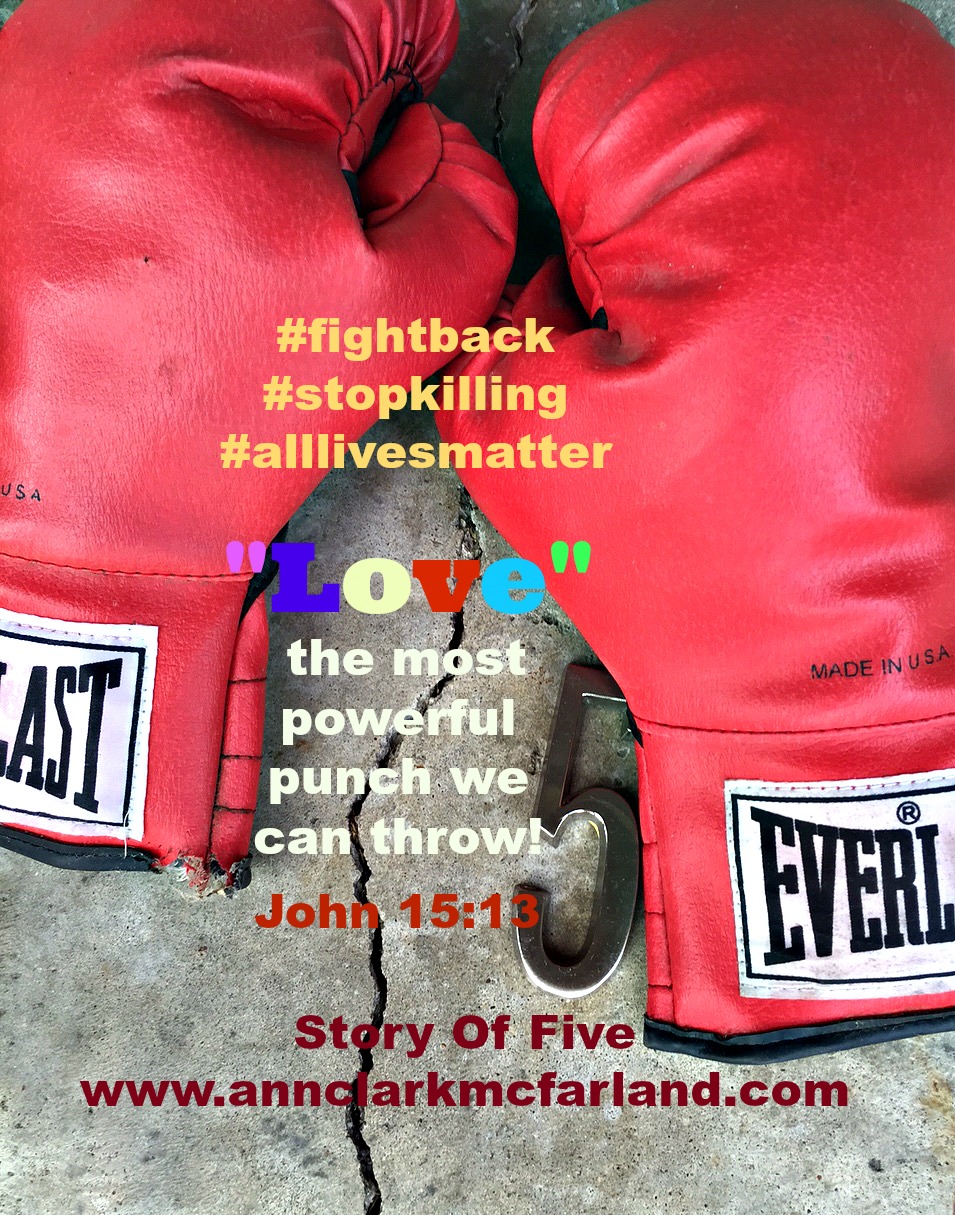 Five: Episode Sixty-Two is based off the following book excerpt from my science fiction, supernatural, thriller, The Contingency Generation.

An alert comes from his wrist screen. He taps something on the surface and then looks intently back at me as he closes the cover. “A choice has been made that shortens our time. We must hurry.”

“You should know, dear one.” Fol places his palms on both sides of my face and pulls me toward him. I detach from the falseness of his affection, knowing that his gentle gestures are always omens of torment yet to come.

What’s he talking about? Wild thoughts fill my heart with fear. Do heralds have the power to know matters that they do not see or hear? Only Flash and Balls were with me when we altered the drug formulas, and no one knows of my silent choice for Mortar.

He pushes me ahead of him keeping a vise grip on the back of my neck as we walk.

In my rising panic, I silently reason he must be referring to Baph’s choice to be resurrected, which is something I’ll have to hear from her lips before I believe.

We continue along a short stretch of corridor until we reach a set of metal doors which he swipes open and then pushes me inside.

We enter a dark room containing only a single light by a bed. Shadowy figures move around the bed, but suddenly, all motion in the room stops, and the four figures bow toward Fol, whose presence now glows as an alternate light source.

I see his human profile blend into a chilling fluctuation of features, a radiant transformation that alternates between the head of the man I know and the head of a lion.

Fol’s herald identity is no longer hidden from me. What this means and who the others are in the room is a mystery to me.

If the others are heralds too, then they at least resemble men.

As each steps forward and gives their tribute bow, Fol acknowledges them by name and from this closer vantage point, I can see strange alternate features flicker briefly underneath their mask of a man.

“My liege,” says a stocky brute of a man whose shape vacillates wildly between country farmer and thuggish Rastafarian. In either case, his snarling features are half hidden by cascading rivulets of black unkempt hair. His bulging chest and arms are restrained by his clothing.

Next is a willowy dark skinned man dressed in a black and white tracksuit and red footwear who appears to be half man and half serpent.

The serpentine man acknowledges Fol with a slight head duck and silence. Then he slips off into a dark corner.

When the other two approach, there is something familiar about them.

Although dressed as a dashing blonde executive wearing a designer suit, the age of the next one is barely disguised. I recognize “Morbid” as the decrepit old doctor leaning on a cane addressed by Fol as “Dr. Morbeed” when I was receiving treatment in Sheol.

The face of the last one glows almost as brilliant as Fol, and the contrast of such great light appearing in the dimness of the room makes the features, framed by a dark cloak and hood, indiscernible. It’s the voice I recognize mostly. It is the herald Baph addressed as Lucifer.

The sights of forms shifting and strange features are so overwhelming that I want to turn away, but instead I manage to concentrate my focus on Baph.

Fol draws close to the bed and beckons me to follow.

The heshee’s slight frame is lost in the mound of covers. Short silver-white tufts of hair, raven black at the tips, rise out of the pillows. Her face is gaunt and the bruising effect from the disease is pronounced.

“Oh Baph. I’m so sorry. I wish…” Words are senseless. I stop when the heshee lifts a finger to her lips as if to quiet my sorrow.

“It’s for the best. No? I’m not beautiful anymore. Old things must die, but you will make me new again. Right?”

“But you said…” Aware of my audience, I stop speaking to protect Baph.

“Yes. I said I wanted another place, but I’ve changed my mind. Father spoke to me. Can you believe it? He- the Beast lives again. He will be great and good and help many people. It’s so wonderful that he lives. Fol says his tests are all normal.”

I glance at Fol and something flickers across his face. He’s lying. I’m certain no tests have been conducted. It’s too soon.

He catches me staring and bares his teeth in threat.

Baph, seems oblivious to anything but her moment of death. She runs her hand up and down the blanket and speaks as a child who recounts glorious promises.

“When I’m resurrected, I’ll be in charge of beauty. Beauty is everything. I’ve worked for it all my life, and my work isn’t finished. I want to live again. Here on earth. Father, Fol and I and you, of course. We’ll be a family and lead the world to a better life.” Her eyes are fierce with a determination I recognize.

“Baph, there’s so much we can’t control yet with resurrection. I’m not sure—” I stop speaking and remember my training about end messages. People who are dying cling to beliefs to help them through the time when it comes. Some things they believe are true and some things are false.

I always vowed that if I was present in someone’s last moments, I’d only ask questions to help them see their choice. “What do you want to happen, Baph?”

“I want to live again. Here. On earth. I want the Rejuvacatin. I don’t trust, dear Fol to give it to me.” The heshee looks to her lion-faced sibling, and her mouth twitches in a little smile.

Then she grips my hand and pulls up in the bed straining to gain my cooperation. “But you, I trust. You will be sure I receive it. No?” She waits until I nod, and then she sinks back into the covers panting for breath. “You must say it,” she wheezes.

Her words convince me that there’s no mistake and that I’m expected to overrule Fol’s secret plan. “I promise,” I whisper, knowing all too well that Fol hears me, too.

The heshee closes her eyes. “Good. Now, there must be music. A song. A beautiful melody to lead me away.” She waves a feeble hand in the air as if conducting a tune.

Fol looks to his cronies, and Morbid shrugs while Snake, Abaddon and Lucifer shake their heads.

Fol says, “Baph, dear one. If I had known, I could have prepared…Fol’s voice trails off.  He looks genuinely heart stricken.

“Then sing. You must sing me a song, brother.” Baph opens her eyes, and looks directly at him.

Fol bows his head. “It’s impossible. You know I’m banned. Only a voice and a lion’s roar. I’m so sorry Baph. Mortar—”

Baph puts a hand to her lips as if to shush him. “Never mind, then. She will sing.” She points to me. “Beauty for healing…sing… sing for me SJ.”

I sit on the bed and pat the childish hand. A tune I learned from the school where Kate and I grew up comes to mind, and I hum a little stretch. Then I give way and let full phrases slip out.

As I sing, I notice the heralds become restless. They twist and turn, and then one by one they disappear from my sight. Only Fol remains, and his eyes glow with something I cannot comprehend.

I ignore him, and focus on Baph. I end my tune when I notice she is still.

I shake her arm and bend to listen to her chest. No breath returns.

“And so you shall,” he says. He drops a labeled ampule into my hand with a subtle smile. “The two of you make quite a picture of beauty. Your presence and her spirit. The perfect blend of life.”

I hold the small bottle up to the light to read the label, but instead I notice it’s empty. “Really Fol? Nothing to give her? You heard her request.” I slap the vial back in his hand.

He grips my hand and pulls me close. I twist away, but he catches me and stabs something into my neck. I reach up and feel a needle, and he prevents me from pulling it out.