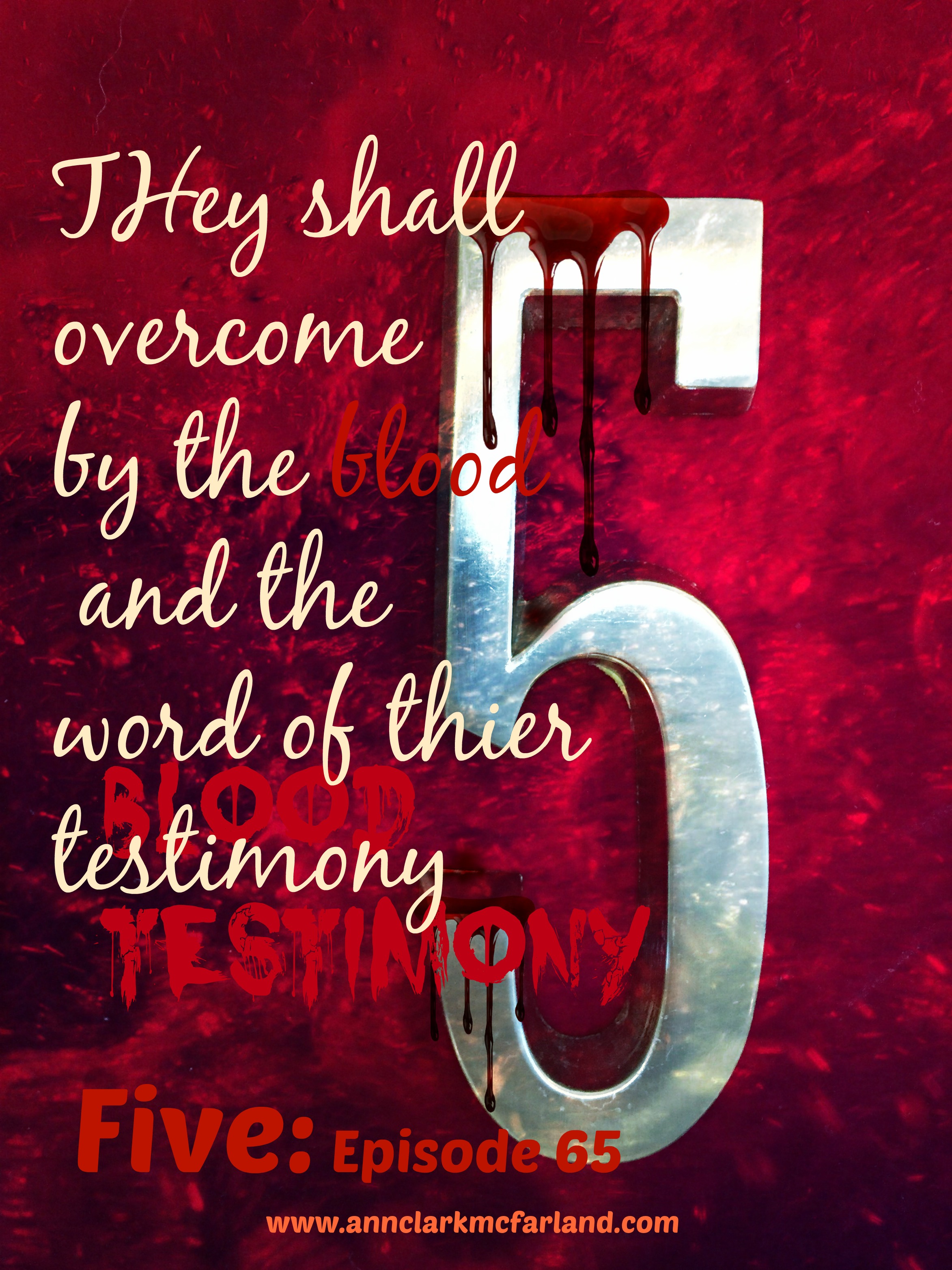 Five: Episode Sixty-Six is based off the following book excerpt from my science fiction, supernatural, thriller, The Contingency Generation.

Relying on others for transportation is unsettling. Since my crossing on the bridge, my legs have grown weaker and my eyes are affected, too, but my sense of smell is intact. The odor of bergamot comes from the herald’s clothing, specifically the cloaks they’ve fashioned into a body sling to in order to carry me.

The up side of becoming their baggage is that the majestic beings move faster than anyone on the path. From my awkward vantage point, I can hear the cheerful discussions of the souls we overtake. No one seems concerned about the lesson we’re about to encounter on the beach.

My porters are not as chatty. In fact, their limited conversation makes me certain that Five is not a world devised from my imagination, because if it was, I would make certain that only the most gregarious beings were tour guides.

I resign myself to my perch, and from a slack opening in the cloaks, I can see orange-pink rays, like a sunrise, expand to fill the sky.

Above us, a bird-like lizard creature with a long neck glides between the rock cliffs protruding along our path. With my vision so unreliable, I wait to announce my observation until I’m certain my eyes aren’t playing tricks.

The shape actually looks more like a a fairytale dragon, so I say this first as a joke. “There’s a dragon flying above us.”

No one stops. They heralds just keep plodding along, so I ask, “Are they native? Do you have flying lizards here?”

A voice answers. “Soul Selah, although he traveled here with you, the dragon can’t harm you.”

“What? It really is a dragon?” I squawk my surprise and pull the folds of my transport sling wide open to squint at the sky. Is it Fol? How many forms can he take? A lion and now a dragon?

“Don’t worry. The dragon can’t set his feet anywhere here except on the boundary, and the scribes are ready for him.”

Scribes? The herald’s answer is both comforting and insane.

I must warn them. “Don’t you know who he is? He’s Fol. He’s a herald like you, and he’s quite powerful.” I wonder if they actually graduated from herald school.

My comments are met with silence so I continue. “Where I’m from, Fol’s a leader and he rules over many things. He steals and twists truth and manipulates and terrorizes. He kills, too. He killed me. That’s why I’m here.”

As I speak, I keep my head out, watching for Fol the dragon, but then I realize that maybe he’s been looking for me, so I pull the material quickly shut around me hoping that my presence has escaped his sight.

“Wrong,” I answer from inside my hiding place. “If Fol hadn’t killed me, I wouldn’t be here. He retaliated against me, because I stopped cooperating with his plans. It’s hard to refuse him. So many people look to him to supply what they need. He has solutions for every contingency.”

“Does he, now? You seem to know a lot about him. Do you believe he has the answer to everything?” The herald’s tone sounds mocking.

“It doesn’t matter what I believe. It’s what everyone else believes. I’m here because I failed to stop him.”

“No, Selah, it does matter what you believe. The dragon is the one who failed. You’re here because of the truth. Despite what Fol promises, that your life will be better with just the right answer, solution, supply, situation, or success—,” the voice cuts off and so does the motion of me being carried. I feel my body being lowered gently to the ground.

Then massive hands pull apart the cloaks, and the face of the herald speaking appears. “You listened to the truth. The truth is that the world is not a THING-world, but it’s a WHO-world. Fol knows this, but because he’s a thief, he steals from the truth. He tries to set himself up as the WHO by becoming the supplier for the desires he feeds.” The herald shakes his head. “He’s so very twisted, but you figured it out.”

By both their words and arms, the heralds lift me upright.

My feet touch sandy stone but do not cooperate to bear my weight. So I lean against the heralds for support as they turn me to face the sea.

About a half mile off shore, the water forms into an endless long unbroken wave. There it stays and builds in height as if held there by an invisible hand. Other smaller waves spiral in, crashing sequentially closer and closer to the rock platform where we stand. The noise is deafening, and the ruby sand beach looks dangerously close to being swallowed completely by the water.

The same wind that curls the waves blows my hair wildly and buffets my body, but I feel the steadfast presence of the heralds holding me up, and I see we are safe.

Sweeping his hand, one of them says loudly, “Look. You’re not alone.”

With difficulty, I focus to follow his gesture, and I can see moving shapes which resembles a crowd filling the plateaus in both directions.

The herald’s voice comes again, only this time its gentle in my ear. “You’re here because you found the truth, and so did they.”

I gaze at the figures, waiting for my sight to become stable enough to discern that there are all types of people in the group. Young and old, many races and many profiles, all stand in watch over the water. They appear to be waiting for something.

From nearby, someone shouts my name, and a fuzzy figure pushes through the throng. “SJ? SJ?”

My eyes struggle to take in the features that accompany a familiar voice.

I’m speechless and emotion takes over. We hug in a tearful reunion. She re-introduces me to Evie and a woman named Martha who cradles my lamb. A third woman approaches, and I discover she’s Natalie, my first resurrection candidate. Despite my unsuccessful attempt to revive her in SHEOL, she seems incredibly alive and well here on Five.

Our greetings are soon drowned out by the noise of the crowd as people begin to notice and point to something in the sky.

All I can see is a fuzzy V formation of something that zigzags toward us.

Soon two thirds of the light of the sky is darkened by what looks to be a swarm of black winged creatures. At the red point of the V is the dragon haloed by radiating light.

“What’s that?” People in the crowd call to the heralds.

Within seconds, the black swirling cloud of screeching, hissing demons is directly above the plateau. The dragon veers off, and the beasts take turns heckling and swooping past a massive herald who stands on a pinnacle nearby holding out a sword.

“They stink!” People gag and hold their noses as a putrid rotting smell fills the air.

The horrible cries of the demons’ unintelligible chatter take shape and become a scorning chant, “Who will fight? Who will fight?”

The stoic sword holding herald does not waiver.

“That’s Michael. He’s the top herald and leader of the arch heralds. His presence means something huge is about to happen. It’s gonna be good,” Kate whispers to me.

“How is that good? There’re so many of them, and none of us are ready to fight?”