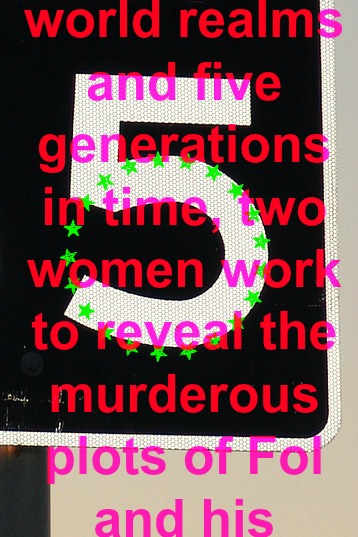 Five: Episode Three is based off the following book excerpt from my science fiction supernatural thriller, The Contingency Generation.

The ridiculous Blame Log irritates me, but telling Fol will have to wait. I can’t afford the distraction. My chance to prove to Nesbitt that my incubation module is safer and more economical than any other design is less than 24 hours away.

In my arena, I take the body out of the module, place it on the thermo sensor, and wait. It’s difficult to do, but soon my success will overrule the guilt. Until then, Fol’s self-talk lessons are well worth the effort. “Every contingency can be conquered through logic and reason. You’re in a mind war. When ignorance is fully subdued, science rises above the arts and proof dominates imagining.”

My inventive heart still wants to believe that Phoeneix is meant for something more than research.

I poke at the stiff and inert form and talk aloud as I inspect. “Still holding on to your feathers, I see.”

I cover his mostly nude body to accelerate the warming phase but pause to run a gloved finger down the length of a feather. The top is black with iridescent purple and emerald undertones. Underneath is snow white.

“Why they didn’t breed everything out of your species except the basics is beyond me. You’re not an original, you know. No genetically engineered mass produced creature needs to be this flashy.”

The chronometer shows it’s time to turn. Lifting off the cover, I flip him onto his back and spread his thawing talons. I wiggle the feathers. They hold firm. I adjust the magnification on my lens and see pock holes where the new plumage will begin to grow.

“Your colors will be the cause of much bias and sentiment.”

Cupping the bulk of his body between my hands, I command, “Live.”

Note to self. Skip this step tomorrow. It’s useless and it’ll make you look like a fool.

The affect of the drops begin to show. If the recovery time continues its trend, it will decrease by several milliseconds.

Phoenix picks up his head. It’s always been the head first, then the body and wings. Except for the feathers, each detail of the trial repeats with uniformity.

The right wing twitches when I pull on the feathers, but when I stretch out the left wing, it remains limp.

“Your stubbornness won’t change my result.”

By the chronometer, my two-feathered friend has passed the half-dead mark, but his breast movement is still sluggish and inconsistent.

“Come on Phoenix. You’ve got to do this on your own. I can’t breath for you. That’s the requirement.”

Note to self. Don’t talk to him, and for certain, don’t let them know you gave him a name.

As if cued by my voice, my aviary responsibility slowly paddles his feet and twists his neck. The masking membrane on his eye retreats to reveal his deep luminous orbs.

I’m sorry, Phinny. It had to be done.

Phoenix flops both wings now. His resurrection is almost complete. I note the time.

He manages to turn himself over and tries to stand but collapses back onto the thermo pad and huddles low again for the warmth. Finally, his legs support him and he waddles across the counter. Always mesmerized by the effect of life returned, I watch entranced as he heads to the opposite counter by the window where his food bowl sits. He remembers.

“It’s all yours Phinny. Eat every bit, please.” I dread what will happen after he does.

Instead of diving into his sustenance, as has been his custom, Phinny expands his neck to peer out the window. Then with a great shake of his naked wings, he propels upward and lands on the ledge, scrambling to grip the surface. His balance steadies and he swivels his head to look at me. His eyes say, Leave me be. Then he turns back to the view.

I cannot watch and instead stoop to pick up the last two feathers that were dislodged by his feat and add them to the collection.