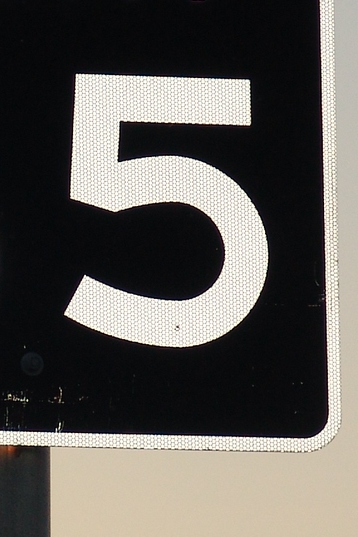 There’s interesting talk about reality dimensions these days. Our existing knowledge categorizes humans as being limited to three dimensions. Some might extend our capacity to a fourth dimension, because we exist in time. (Although, we are only able to move through time in a forward direction.)

A new MFM (Made For Me) network series, Five, takes us deep into the awareness of realms higher than four.

As far as the audience is concerned, activities occurring in the fifth dimensional world, simply called ‘Five,” exist and react in a parallel time frame to that of the main protagonist’s world, Earth.

The series’ 3D protagonists are blood related but separated by world realms and five generations of time. SJ lives in the year 2165 and works as a resurrection scientist.

When SJ’s new malfunctioning 3D printer generates a letter instead of an error message, she learns that the letter writer is Evie, a woman born in 1958 who claims to be her great, great, great grandmother. SJ first considers the letter a prank and dismisses the warning given by Evie that SJ’s world is about to end. Evie gives a description of “Fol,” an ageless murderous villain whose presence along with his legion of deliverymen thieves spans times and realms.

Evie claims that she now lives on Five, but that she first discovered Fol’s treacherous ways when she lived on earth.She has seized one last opportunity to counter and reveal the intricate web of deceit spun by Fol. Her mysterious messages to SJ contain quotes from the Book of Wisdom.

SJ finds the information in the letter unsettling. She is engaged to a man named Fol, but this is a common name shared by 893,462 other people. Names in 2165 are mostly gender neutral and often acronyms. The man she is about to partner with is not a villain, but a world renown leader who oversees the distribution of energy and products.

SJ’s generation is proud to be known as the “contingency generation,” a tag earned because of the vast amount of scientific and societal developments and planning that they have implemented to counter some of the world’s worst dilemmas. The idea that her world is about to end is inconsistent with such a capable culture.

At first SJ attributes the strange letter to a hacker’s hoax. But when her best friend dies and leaves an atypical End Message referencing Evie and The Book of Wisdom, SJ resolves to discover the truth.

In the end, when truth is uncovered and the final deception is revealed to SJ, the exposure will cost her everything. She must decide if it is a price she is willing to pay.

There’s one other thing the audience should know.

Fol’s name is an acronym for, “Father of Lies.” Here’s a description of him from another book.

“You are of your father the devil, and you want to do the desires of your father. He was a murderer from the beginning, and does not stand in the truth because there is no truth in him. Whenever he speaks a lie, he speaks from his own nature, for he is a liar and the father of lies.” John 8:43-44

Each week I’ll present an Episode of Five – blog excerpts of my work in progress, Five: The Contingency Generation.

The episodes are from my book’s rough draft form- you read them as I write them. The posts will appear mostly weekly as the story advances, and because of this, they’ll likely be full of typos, garbage, and confusion. I’m sure to regret allowing readers a sneak peak of the chaos involved in this process of making a finished book.

Someday, if I still have an audience, my book(s) and screenplays will be polished and for sale. Until then, my “rough draft” excerpts are free, but payment by “subscribing” with your email would be a nice gesture. For doing this you might get a discount on my purchasable work should that day ever arrive. All you get now is a notice via email of a new story episode that I have ready to read on my “blog.” I don’t sell my email list or do anything else with it.

Book industry experts say that in today’s world of book marketing, an unknown author must build their own sales platform. I’m supposed to advance my platform by collecting readers, and for now, by blogging. Since I can’t imagine blogging about what I had for breakfast or the things my cat does, then instead, I’m blogging fiction episodes- weekly excerpts of my work(s) in progress.

“We fight not against flesh and blood, but against the rulers, against the authorities, agai realms.” Ephesians 6:12

“The thief comes only to steal and kill and destroy; I came that they may have life, and have it abundantly.” John 10:10nst the powers of this dark world and against the spiritual forces of evil in the heavenly