How to Make a Big Mistake 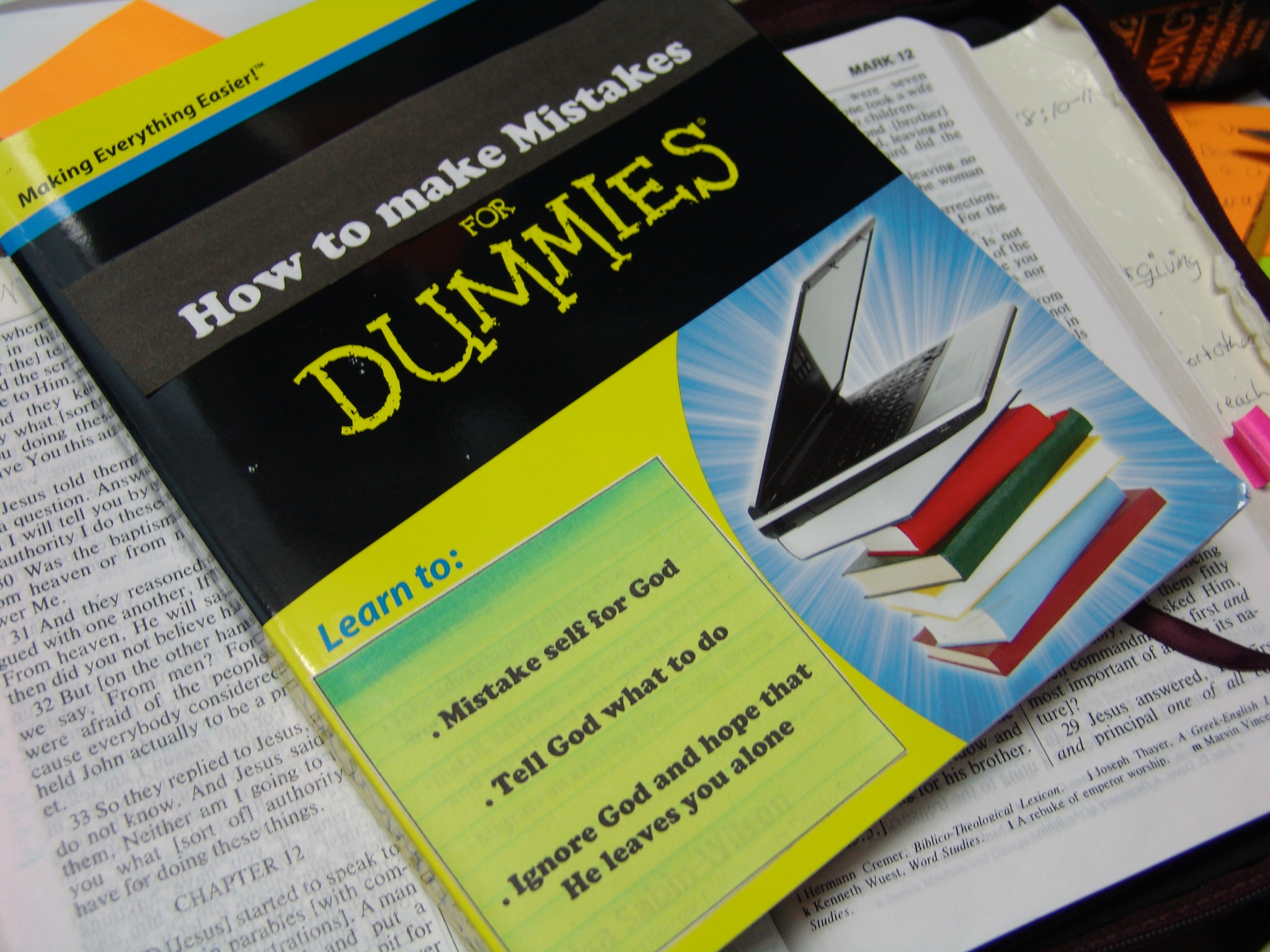 Big mistakes are simple to make. Here’s an example of how to do it.

A man showed up at some shops connected to a local church and evicted the shopkeepers. He labeled the shopkeepers as “robbers” and claimed to be the property owner’s son. The shopkeeper’s bosses were furious and asked him to prove his authority. The man said he would disclose his credentials if the bosses would make public a certain statement. They refused, so the man refused to show his credentials, and instead he told them an entertaining story.

A certain landowner, serious about the production of wine, planted a vineyard and a hedge around it. He also made a pit for the winepress and built a tower for the security guard. All production needs were accounted for before the landowner rented the property to vinedressers and left for another country.

The landowner sent another servant, but the vinedressers stoned and wounded that servant in the head and treated him terribly.

Subsequent visits from additional servants resulted in bad outcomes at the hands of the vinedressers. The faithful employees were either beaten or killed.

The landowner had one man left to send, and it was his beloved son. The landowner said, “Surely they will respect my son.”

But the evil vinedressers said to each other, “Here is the heir; come on let’s put him to death and then all will be ours.

So the vinedressers took the landowner’s son and killed him and threw his body outside of the vineyard.

At this point in the story, the man telling the story stops and asks the bosses a question.

“What will the landowner do now?”

Before they answer, he answers.

“He will come and destroy the vinedressers and give the vineyard to others.”

(The story about the vinedressers was actually aimed at the bosses and this fact made them furious.)

The man who had evicted the shopkeepers added this description concerning their bosses’ big mistake.

“Have you not read this passage of scripture? The very stone which the builders rejected has become the chief cornerstone.”

By pointing out their role in the biggest “oops” in history, the man infuriated the religious bosses of the day. Of course, the man who evicted the shopkeepers and told the story was Jesus.

This example from Jesus life is perfect for illustrating how to make the biggest mistakes in life.

Here’s how. Leave God out of your life. Don’t ask Him about the situations you encounter.  This strategy will guarantee huge mistakes.

After reading this acount of Jesus and the shopowners in Mark 11 and 12, I’ve become curious.

How many things have I wrongly categorized as “God working” or “God not working” based off my singular and flawed understanding of God?

If the religious leaders of the day could “mistake” Jesus for a criminal, then without a God-aided perspective, how likely am I to impose my own willful interpretations concerning the “workings of God?

Without a God adjusted perspective, what “cornerstone” will I miss and discard as unusable?

Should I be reading the Bible and praying more devotedly, or should I merely make a token pass at understanding what God wants?

It’s becoming obvious to me that when I don’t consult God, then I’m certain to make big mistakes.

Mistakes that are so simple to make that even a dummy make them!

(By the way, the story is also a perfect illustration about how serious God is about growing his fruit!)

2 Responses to How to Make a Big Mistake