Psalm 84: Nesting on the Altars of God 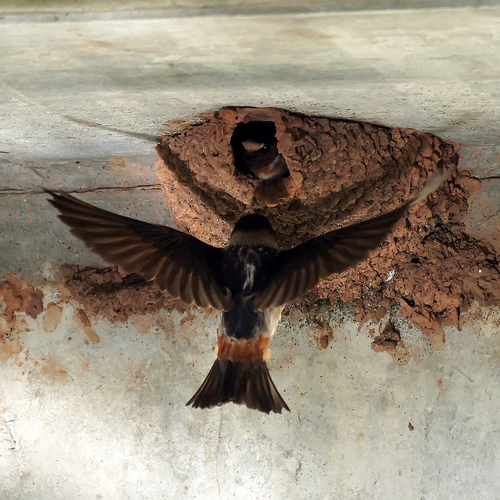 The pilgrimage was routine. Every year in March at the Mission of San Juan Capistrano in California, swallows returned from Argentina to rebuild their mud nests, clinging to the ruins of the old stone church that was built in 1776. However, since 2009, the swallows have failed to return. Instead, the birds have begun nesting in the Chino Hills of Southern California, in the eaves of a country club north of San Juan Capistrano. Mission officials say it’s because the mission is no longer the tallest building in the urban area and this has stopped attracting the cliff swallows for nesting.

When something we once had goes missing from our life, we want it back. We may even mourn the loss. The missing element could be our state of health, a relationship, a particular environment, routine, or level of income or achievement. Longing for that situation can often envelop us especially when we remember how good it was or how good it could have been. The Psalm writer of Psalm 84 is in this place of yearning. His temporary loss seems related to the tabernacle. He somehow seems to have missed being in the presence of the tabernacle, which in those days was essentially the roaming church, the portable courts of the living God. Now his heart aches for what he missed or is missing.

After his expression of soul-fainting longing in verses 1 and 2, the songwriter proclaims the advantages held by someone who is in the presence of the tabernacle, even if only at the threshold or as a doorkeeper. In verse 3 he even shows us an analogy of hope when he depicts the most restless and insignificant of creatures, a sparrow, finding a house in THE House. For emphasis there is a swallow, too, cultivating a nest to lay her young amongst THE House altars. Imagine finding rest and shelter, a home, entrenched in the altars of God!

Verse 3
“Yes, the sparrow has found a house, and the swallow a nest for herself, where she may lay her young—even Your altars, O Lord of Hosts, my King and my God.”

Altars are a place of burning and bleeding. In light of this, birds are vulnerable, fragile creatures. Does it make any sense to nest there? It might if we remember one thing. Christ. The God-man and sacrificial presence at the altar of God. Could Christ be the link to our soul’s home of rest and shelter?

In the Psalm writer’s days there were two altars, or places of sacrifice. Both made of wood, but one was overlaid with gold and the other brass. Our symbolism could be in how the two altars were used. The smaller bronze altar greeted the people in the outer court and served to hold the animal sacrifice for sin. The gold alter was inside and close to the Holy of Holies, the place where the ark and God’s presence was. The gold alter was used for incense, or fragrant offerings. In Revelation, the fragrant offering is equated with the prayers of the saints. Prayers are how we communicate with God.

Here are some questions based on the provision found in these few verses of Psalm 84. Think about them and wonder with me on these topics.

Can we, like the birds depicted, discern that our soul’s peaceful home and shelter can only be found at the altars of God?

Could these symbolic altar shelters be a right relationship to Christ and our communion with Him through prayer and sacrifice?

Are we and our offspring living, even flourishing, in this spiritual nest where we have given up our old ways and allow our new state, our Christian being to thrive?

Could a thriving, nesting Christian be defined as one who has the forgiveness of God and who forgives others and offers praises and prayers to God?

Verse 12
“O Lord of hosts, blessed, (happy, fortunate, to be envied) is the man who trusts in You (leaning and believing on You, committing all and confidently looking to You, and that without fear or misgiving)!

If sparrows nest in His altars why don’t we?

One Response to Psalm 84: Nesting on the Altars of God