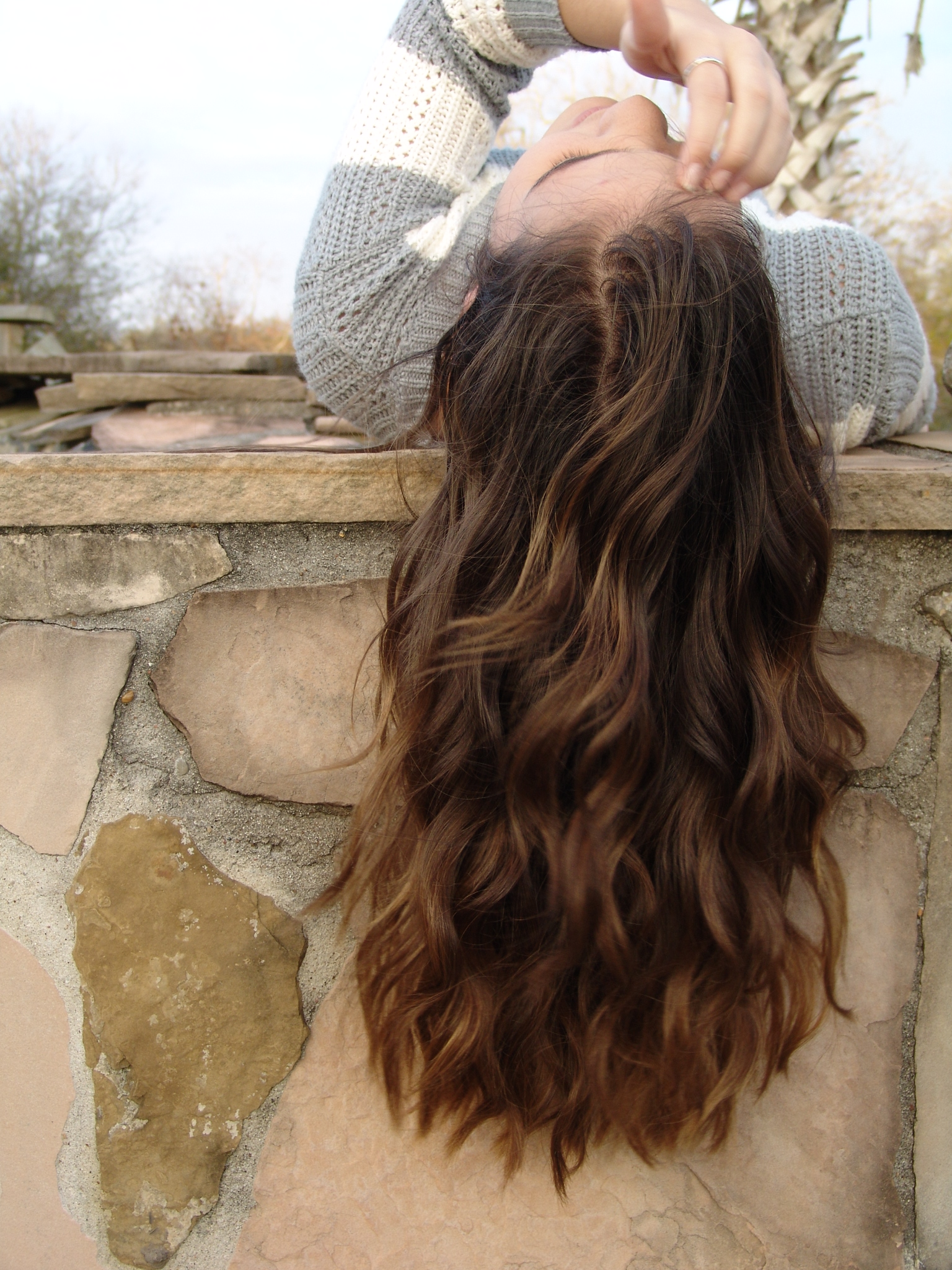 Before the time of dinosaurs, there lived a race of people who had no hair. Fortunately, there was a topnotch hairdresser whose skill with hair attachment was known throughout the land. The result of his handiwork was seamless. It was as if the two things, hair and scalp, were always one.

Now a certain man, an accountant, could no longer endure the temperature extremes he felt on his baldhead. He went to the hairdresser’s shop, True Tresses, and asked to be fitted with a head of hair.

“I have a great match for you,” the marvelous hairdresser declared.

The hair maestro fashioned hair to the man’s head. It was the color of honey and just thick enough to keep him warm on cold days and airy enough to let his head breath when the days were hot. The new mane covered the man’s ears just enough to muffle the loud sounds of the world and tickled the back of his neck to bring him joy.

“Your hair is fragile,” the hairdresser cautioned. You must take good care of it. If you have any trouble with it, come back to me. I am the only one who has the power to make hair grow as it was intended.

The accountant thought the maestro’s boast sounded preposterous, but he did not argue. He left the shop in great delight.

Soon, however, the accountant became unhappy. He was a vain man and spent hours looking at himself in a mirror. He felt his hair no longer suited him. Even though it had rooted flawlessly to his head, he felt the style made him look old, and the color was faded. (The man did not want to be reminded of his age.)

The accountant began to eat his lunch outside in the city park, so he could observe other men’s hair. His desire to have a hair change grew. His own hair was dull blonde, but he was certain he would look more vigorous if it was darker. He also wanted a new cut, fuller at the top and lean at the bottom so his neck and shoulders would seem more muscular.

He stopped a man on the street who had a style like this and asked about it’s origin.

“I got it done at Fake Locks. It’s one block down and over from True Tresses. They’ll do anything you want. “

The accountant made a decision.

On the way to Fake Locks, he reasoned with himself.

It can’t really be true that the hair maestro is the only one who has the power to make hair root and grow.

When he came to the shop, the sign posted on the door reassured him. It promised satisfaction or your money back.

The vain man entered and shortly the transformation began.

“First I’ll cut off the old look,” the stylist explained.

Soon the accountant’s head felt lighter. His heart raced at the thought of how wonderful he would look with his new hair.

Next, the stylist rubbed lotion all over his head.

Then the hair attachment began. It was an odd sensation at first, but soon he relaxed and closed his eyes. After all, there really couldn’t be such a thing as ONE perfect hairstyle for a man. Life was meant to be lived. Only a fool would cling to their original head of hair.

The accountant felt exuberant except for one small twinge of concern when the stylist explained that the color would only last for four weeks at a time. Maintenance would be an issue.

When the rinsing was complete, the man opened his eyes and asked to see a mirror but the shop owner refused.

“You may only see the result after the complete transformation.”

On the way back to the chair for drying and styling, the accountant regained his confidence. There were award certificates, poster-size and framed in gold, on almost every wall as well as many autographed pictures of famous men. He was in good company.

Soon the work was complete and the shop owner directed the man to the mirror.

The light was so dim the man had to lean forward to visualize the effect. The color looked odd but he would get used to it. Besides, it was much more vibrant than dull blonde. He patted the layers at the back. It felt soft and very real. He was satisfied.

He paid the shop owner and trekked out the door. People stared at his head as they passed, and he was convinced it was because of his fine appearance.

Distracted by the wonderful attention, the accountant forgot to take the long way back to his office to avoid passing by True Locks. He only noticed his mistake when he practically collided with the hair maestro, who was sweeping the sidewalk in front of the shop.

“I see you’ve changed your hair,” the maestro said.

The accountant was embarrassed but burst out with his defense.

“I wore the old style as long as I could. It served me well enough, but now that I am getting older, I want a different look. This new one is quite beautiful on me.”

The maestro reached out to touch the hair, but the accountant ducked. He wasn’t sure if he was about to be hit.

The maestro said nothing more. He simply went back into his shop and closed the door.

The accountant shrugged and was glad the encounter was over.

Gazing at his reflection in the shop window, he reached up to pat his new hair. Then he scratched where a stinging sensation was growing at the nape of his neck. The stinging developed into a compelling itch, and his whole head began to feel warm and prickly. The more he scratched, the more he became itchy and the warmth increased dramatically. It felt like his whole head was on fire.

He rushed into the maestro’s shop.

“Something is terribly wrong! My head feels like it is on fire. I can’t stand this feeling. You must make it stop!”

“It’s only just begun.” The tone of the maestro’s voice was sad.

The accountant was frantic. He touched his scalp and felt odd swollen places. “What is happening to me?”

The maestro led him to one of the many mirrors. Under the brightest of lights, the accountant saw his true condition.

All over his scalp, boils were welling up. The heat sensation was excruciating. Even worse, his new hairstyle was carelessly done. Adhesive drips had dried on his skin in random patches, and this was triggering an allergic reaction. In some places, the hair was thicker. In other spots, it was so thin that his scalp showed. To top it off, the color was uneven and looked unnatural as well. The accountant groaned in agony

“What’s to become of me? Surely my old hair will grow back?

The maestro sighed and shook his head.

“What? It can’t be! I won’t be stuck with this disaster. You must do something!”

“I can’t. The lotion they used penetrates rapidly and kills the hair follicle. The hair I rooted and grew in you will never return. You will have to adjust.”

“But I can’t possibly adjust. I look terrible! If you won’t help me, then I’ll find another stylist who can.”

So the tormented accountant left the hair maestro’s shop once and for all.

To this day, the accountant changes his hairstyle every couple of years…

because he is proud and never satisfied.

“Let your life be blessed and rejoice in the wife of your youth.” Proverbs 5:18

“Wisdom will save you from an immoral woman,

from the seductive words of a promiscuous woman.

She has abandoned her husband and ignores the covenant she made before God.

Entering her house leads to death;

it is the road to the grave.

The man who visits her is doomed.

He will never reach the paths of life.

Follow the steps of a good man instead, and stay on the paths of righteousness.

For only the godly will live in the land and those with integrity will remain in it.

But the wicked will be removed from the land, and the treacherous will be uprooted. “

One Response to Un-Proverbial Tales: A Hairy Dilemma