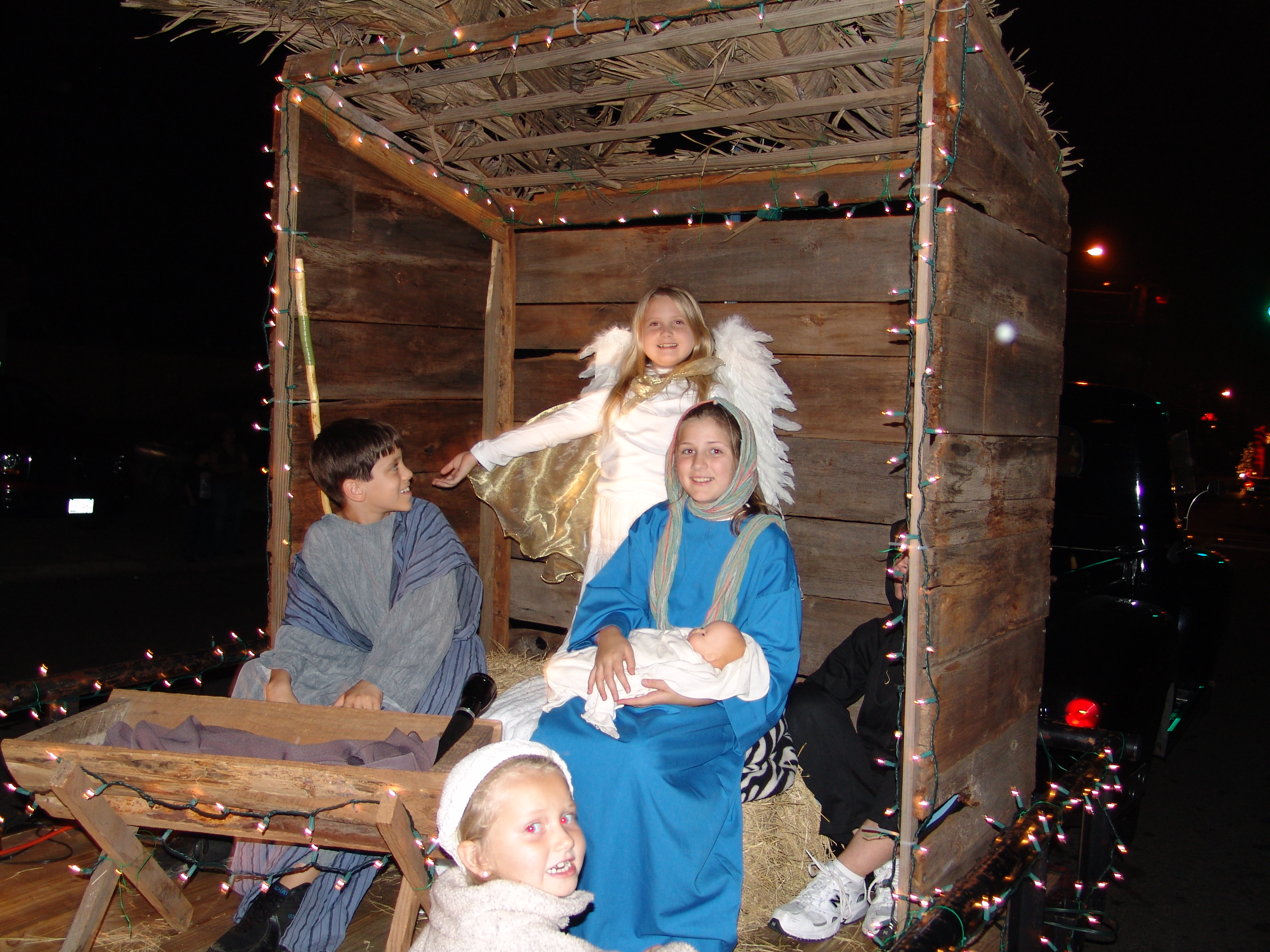 It’s happening in Santa Monica where references to Hollywood stories are accepted, but symbolism for this story is banned.

I’ll tell you the story, but to be stay safe, I’ve re-named it, Begin Again. Here’s how it unfolds….

The unexpected happens. A child arrives on a battle scene of good and evil. He is a gift of nerve bundles, uncoordinated arms and legs, incoherent speech, and complete helplessness.

What world ruler offers such innocence in exchange for the actions of hate and wrongdoing?

Amazingly, the infant in this story is born to an unwed mother. Angels, a super nova star and directional dreams surround his birth and lend a fantastic air to the tale. Then irony plays along. In the race to be counted human by a government census, the story characters discover they count for nothing, because there’s no place to shelter them except for a haven for animals.

Animals continue to have a place of peculiar distinction in this story about the birth of the Great Infant. Then men of agriculture intellect are given the task of verifying the arrival of Heaven’s royalty. Humble men who number sheep for a living become notations for the One and Only. This happens almost simultaneously as a vigilant, paranoid King looks anxiously for throne usurpers without success. Now that’s humorous!

However, as the child grows and the story plays out, humanity becomes vexed on all sides. There is innocence murdered. There is resurrection. Soon another gift is given, and although priceless, it’s indecently free for the asking. Eternal life becomes the reward for those seeking. Drama and tragedy are now coupled with comedy. It’s a true blockbuster!

Who comes up with this stuff?

It’s really an astonishing story. Even if you don’t believe it’s true: the story is good!

Redemption is the theme.

The outlawed nativity scene shows the birth room of the story. To me, the baby is the symbol of the new life I can have with God. Maybe this picture is too conflicting for people who are happier to focus on life without God and prefer their death to be final.

Still, I can’t identify with the anti-nativity scene protesters. I’m relieved to live my life WITH God. I’m comforted that death is NOT final. I love the story of Begin Again. It’s about life and future.

Even if you don’t believe the story is true, why ban the portrayal of it? To be consistent, will you outlaw Santa imagery, too? There is ambiguity about his authenticity across the age span. By the way, the prequel to this forbidden story, which I call Death and the Garden, might also need to be banned. Prohibited symbolism would include apples, serpents, naked men and women and fig leaf clothing.

But back to this story.

What does the Bible, the notorious book of God stories, say?

The Psalmist adeptly states the character’s central need for revival and life. “…Revive me and give life to me, O Lord, according to Your loving-kindness!” Psalm 119:159

Then Jesus describes His role in providing for this need. “The thief comes only to steal and kill and destroy; I came that they may have life, and have it abundantly.” John 10:10

You should read the rest of the story for yourself. It has a surprise ending. You might want to speed up the reading, though, and even memorize it, in case they take the book away.

Remember, if worse comes to worse, you can always pray. (You don’t have to wait until it’s worse!) He hears. He knows. He prevails. Thank Goodness!

God, thank you for seeing my need for renewal as Your biggest concern. What a gift! Life anew. May every baby’s presence shout this concern of yours. Christmas means a baby was sent, and sadly, the innocent was killed, but joyfully, He was not grave-confined. Your perfect model rose and overruled death. Let Jesus become the universal symbol of life renewed, second chances, guilt resolved. Let those who forbid symbols of Him not have a minute’s peace unless You are the cause. Let me also begin again…again. Transform me. I love you. Amen

3 Responses to Psalm 119: The Forbidden Story