Psalm 132: Brotherhood of the Traveling Ark 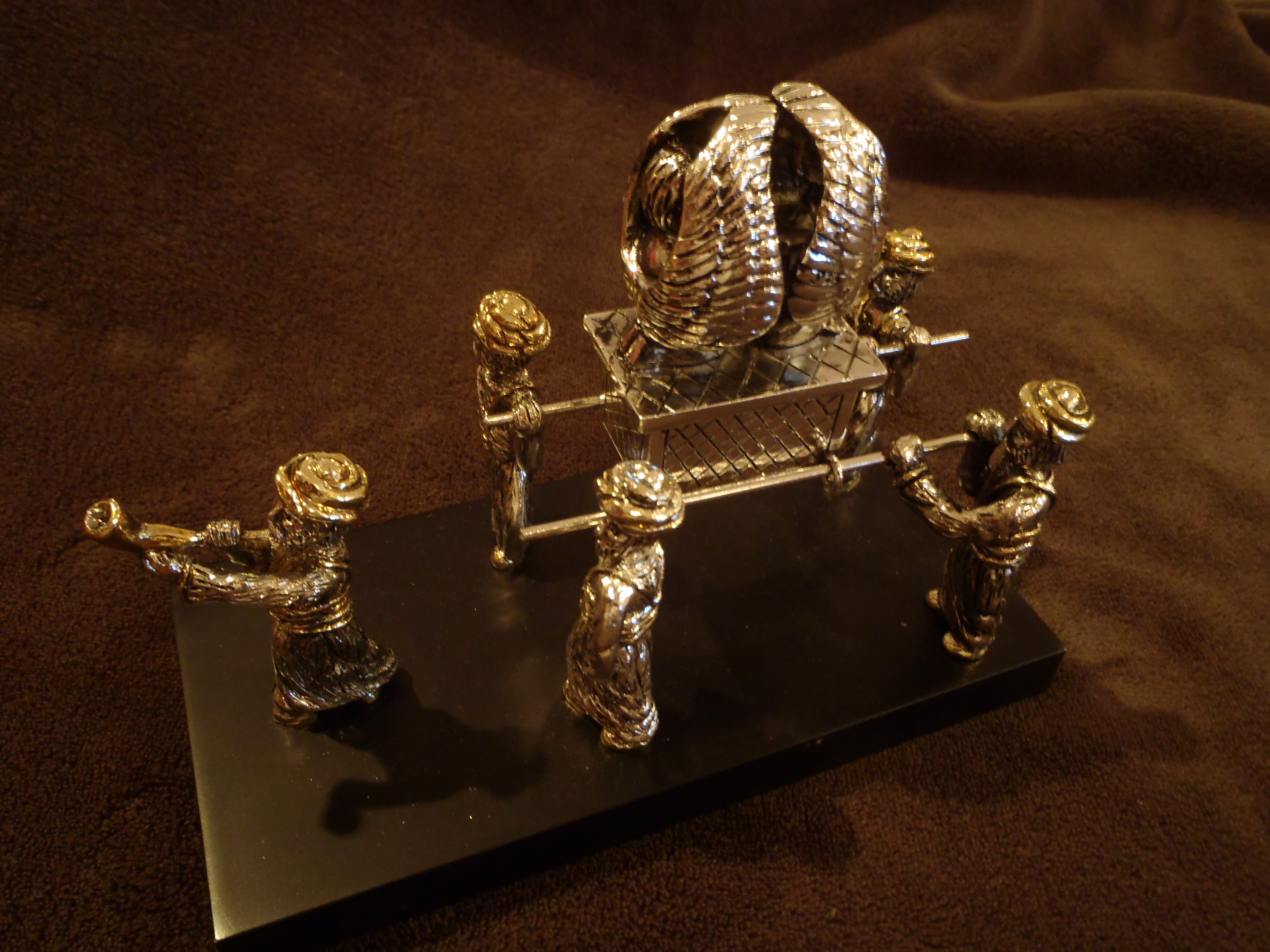 Blueprints for the holy travel trailer were given on top of Mount Sinai. Besides being the chosen portable dwelling of a living God, it came to hold snacks, stones and a stick, objects otherwise known as Manna, the Ten Commandments, and Aaron’s rod. It served as a directional device long before global positioning system was invented, and it was used in military strategy, contributing to the deaths of thousands of men, woman, and children. Once when 12 Israelite men carried it into the Jordan River, the ark served as a dam holding back the waters until the entire nation passed over onto dry land.

Five golden mice and five golden tumors were the oddest things that were ever carried by the ark. This happened after the Philistines returned the ark to the Israelites. They had acquired the ark in a battle and subsequently suffered many troubles including a deadly plague carried by mice and a massive outbreak of tumors. Their wise men suggested they return the ark accompanied by golden images of the tumors and mice as a guilt offering. (1 Sam. 5, 6)

How could a man-made acacia wood container overlaid with gold and draped in dolphin skin become such a profound symbol of God’s strength and also His desire for relationship?

It could only happen by God’s design.

The concept of the ark began when God said to Moses, “Let them make me a sanctuary that I may dwell among them.” (Exodus 25:8) Then God gave instructions for the tabernacle to be built as a “home” for the ark. God  became more tangible to His people through these structures, not because He needed a physical place to dwell, but because His people needed to understand the relationship He wanted with them.

Psalm 132, written many years later, reflects King David’s aspiration to build another physical structure, a temple, as a permanent resting place for the ark. David was passionate about this goal.

“Surely I will not enter my dwelling house or get into my bed—I will not permit my eyes to sleep or my eyelids to slumber, until I have found a place for the Lord, a habitation for the Mighty One of Jacob.” Psalm 132:3-5

An important perspective about “God’s people” and “God’s dwelling” are revealed in verses 9 through 13. While the language used seems to be describing David’s current day quest, they also speak in a figurative way about who God will choose as His people and His dwelling place.

It defines God’s “chosen people” as those who keep His testimony. His desire is to DWELL with THEM. David speaks of priests “clothed in righteousness” and “Zion,” (or “God’s people”) as being His ultimate resting place.

“Arise, O Lord, to your resting place, You and the ark (the symbol) of Your strength. Let Your priests be clothed with righteousness (right living and right standing with God); and let Your saints shout for joy!… If your children will keep My testimony that I shall teach them, their children also shall sit upon your throne forever. For the Lord has chosen Zion. He has desired IT for His habitation.” Psalm 132:9-13 (Amp.)

At the end of the Psalm, a “forever” dwelling place is described. The Psalmist mentions something that is coming after David, but through David’s genealogy. The event will fulfill old promises and prophecies.

Today we know about the conclusion of that promise—the “something” that came. It was Jesus’ life, death, and resurrection. The New Testament explains that because of Jesus, we can become God’s dwelling place and part of the “brotherhood” of believers. (for example, Matthew 12:50, John 6:29)

“THIS (Zion-God’s people) is My resting place forever, Says the Lord; here will I dwell, for I have desired it.” Psalm 132:

The ark eventually became obsolete. The only power it had was God’s power.

Because of Jesus, we can become like the ark. Our life is the place where God longs to dwell. We only have to let Him in. It’s our choice.

How’s that for an astounding phenomenon?

Dear sweet God, how can it be possible that You want to live in me and work through me!?  Even more miraculous, (because You are perfect and I am not), You made a way to link my life to You through Jesus. Thank You for doing this before I was even born! Thank you for taking over my troubles and weaknesses and replacing them with Your abilities. As the wooden ark radiated with Your power and Your presence, so let me be overcome by You and shine for Your glory! Amen

Dear sweet God, how can it be possible that You want to live in me and work through me!?  Even more miraculous, (because You are perfection and I am not), You made a way to link my life to You through Jesus. Thank You for doing this before I was even born! Thank you for taking over my troubles and weaknesses and replacing them with Your abilities. As the wooden ark radiated with Your power and Your presence, so let me be overcome by You and shine for Your glory! Amen