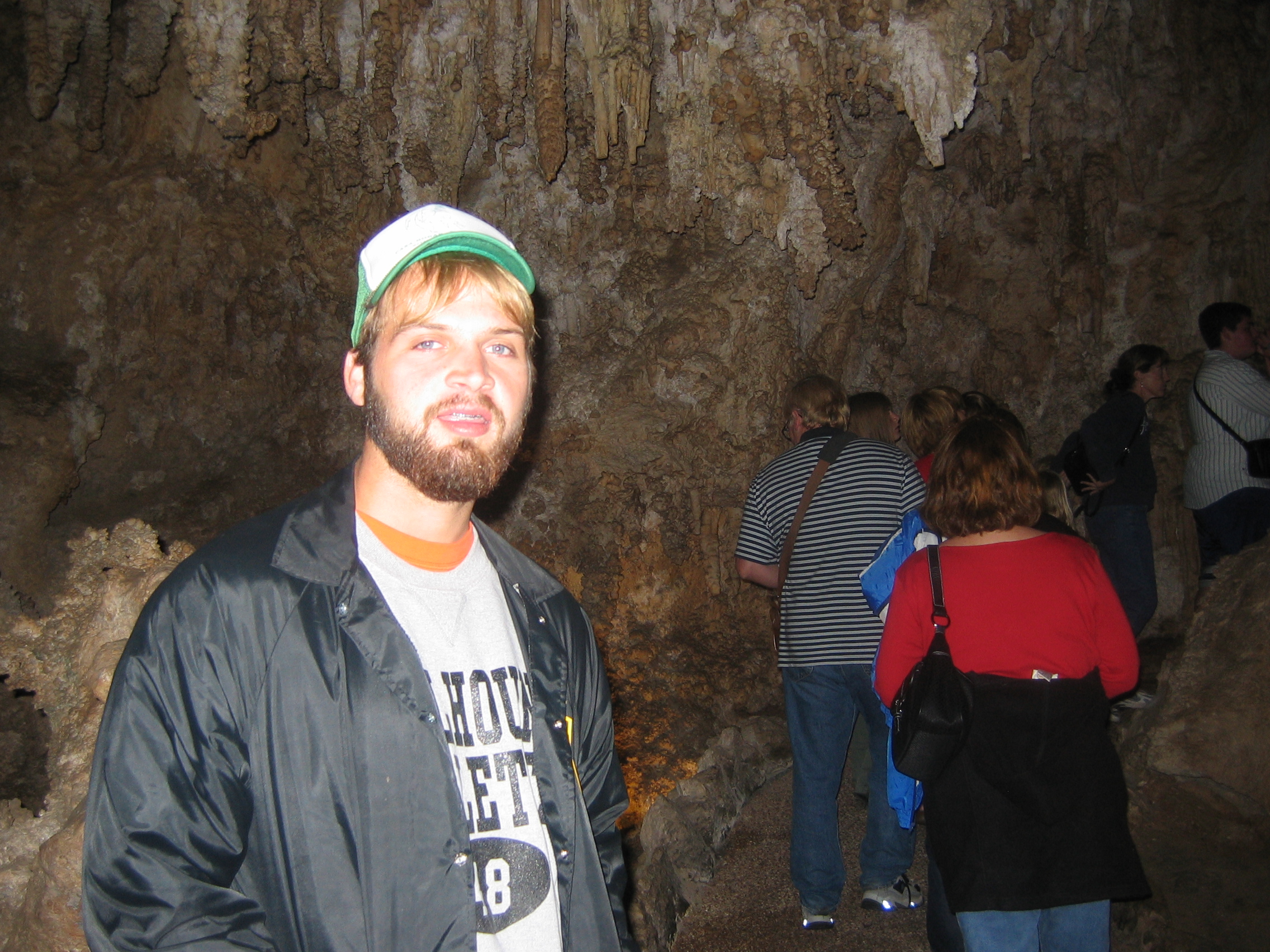 “We started for the cave known as Mugharet Khureitun, which is believed to be the cave Adullman, having a fearful gorge below, gigantic cliffs above, and the path winding along a narrow shelf of rock. At length, from a great rock hanging on the edge of the shelf, we entered by a long leap a low window, which opened into the perpendicular face of the cliff. We were then within the traditional hold of David, and creeping half doubled through a narrow crevice, we soon stood beneath the dark vault of the first chamber of this mysterious, and oppressive cave….our whole collection of lights did little more than make the damp darkness visible.”

David, the Bible psalmist, may have hidden as long as four years in this cave. It was an extremely dark time. His friends had abandoned him, the king wanted him killed, he’d lost his good reputation, and he was low in resources. Although the cave protected him, it also essentially cut him off from the rest of the world. Psalm 142 reflects his experience and his crying.

When it comes to crying, many people have an all or nothing approach. Either they never express their sadness, or they express their misery all the time. Clinging to a standard of self-sufficiency, some take pride in showing no signs of need in the face of great loss. A robotic answer, “I’m fine,” is given when asked the question, “How are you?” (A verbal sequence that should be forever banned or fined when expressed in church.) Theoretically speaking, if we’re always “fine” then we have no need of God! In contrast, if we’re always in despair, then God’s activity is of no use to us. Both perspectives make God out to be less than He is. We essentially say that our “Savior of the world” is either unnecessary or ineffective.

With either viewpoint, the words David wrote in Psalm 142 are refreshing. They can serve as a model of good expression in times of disaster, or “cave life” living. Whether or not David shed actual tears isn’t the point. His words reflect his cries to God, his primary and rightful audience.

(Given his expressive reputation, David probably used his voice aloud to cry to God. In the end, however, his “voice” became Psalm 142 that reached untold number of ears.)

David did not say, “I’m fine.” Instead, he essentially said, “I’m in trouble, but I’m counting on God’s help to get me through, just as He has done in my past and will also do in my future.”

“I cried to You, O Lord; I said, You are my refuge, my portion in the land of the living. Attend to my loud cry, for I am brought low; deliver me from my persecutors, for they are stronger than I. Bring my life out of prison, that I may confess, praise, and give thanks to Your name; (then) the righteous will surround me and crown themselves because of me, for You will deal bountifully with me.”

In a cave David cried, but it was a good cry—one that must have pleased God. He started with complaints about his distressing conditions TO God (not complaints about God), and ended with a “crown”—a hope.

May we all learn to cry like this caveman!

You have been such a faithful companion to me in my “caves.” Thank you for this! Thank you for shining Your light into my darkness. Teach me to follow David’s example when I cry in times of despair. Help me tell stories of sadness turned to gladness because of You. Amen.

5 Responses to Psalm 142: How To Cry Like A Caveman