The Malarkey of “Good” 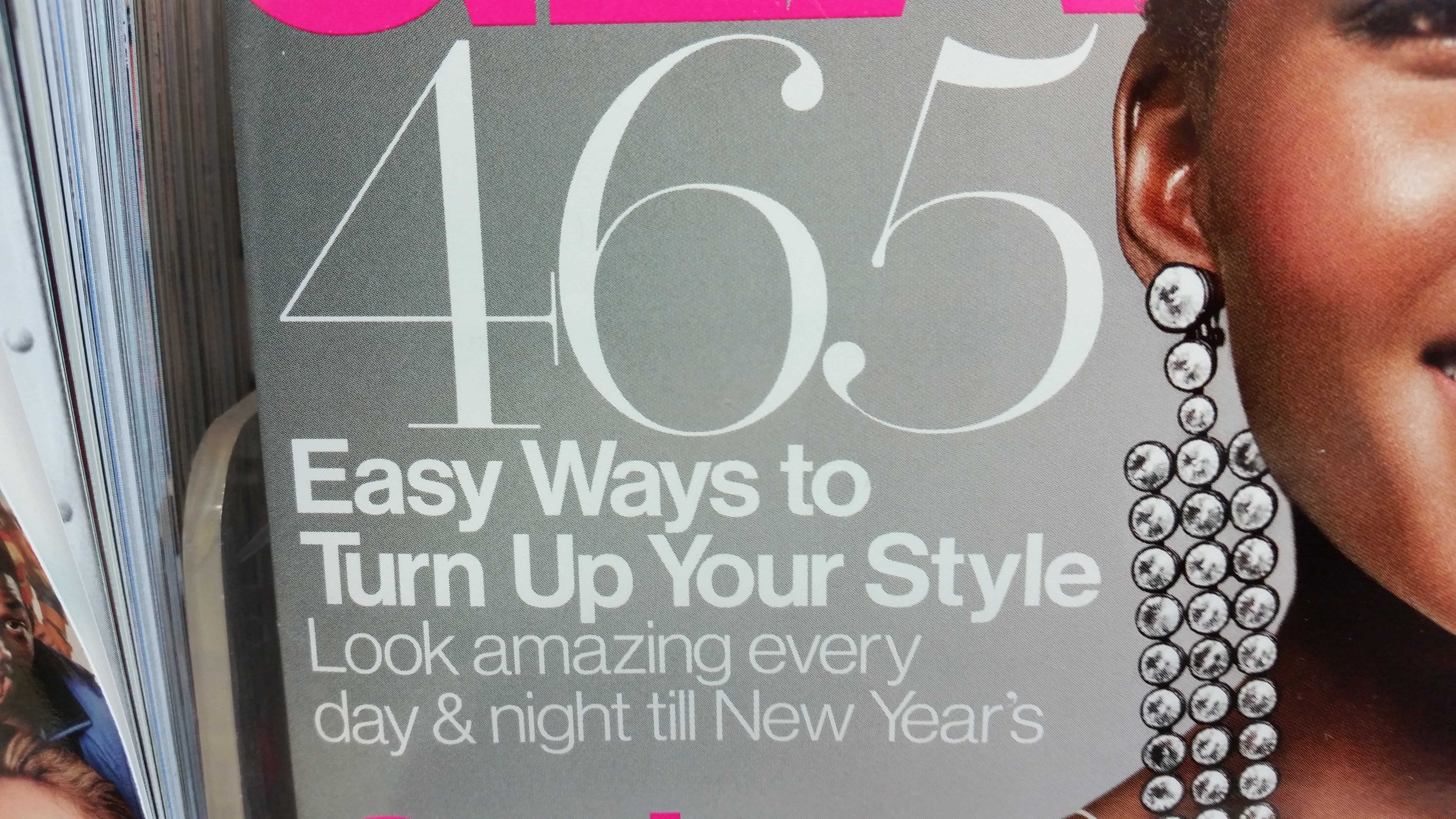 Looking good appears to be more of a short-lived trick then a trait. One recent magazine cover was quite honest about the duration of “looking good.” It only promised, “465 ways to turn up your style and look amazing every day and night til New Year’s.” Evidently, after New Year’s you’re on your own.

“Being good” is even more complicated.

Sometimes without a credible constant, the word “good,” becomes an arbitrary expression used to rank many things.

Recently in Hollywood-land such a whimsical grading scale paved the way for the equally random use of “mildly talented,” a term of status somewhat below “work genius.” It is a place apparently not reached by your own demerits but by the strike of a keyboard. (Sony/Jolie anyone?)

Mundane use of the term “good” often hides the real answer behind the equally commonplace question, “How are you?”

Then there is the worst-case use of the word good.

It is the unrestrained expressions many people use espousing the general “goodness” of men.

Just this past Sunday in church I heard a quote from the teaching material that described some men’s sin as rebellious acts, but other’s sins are basically committed by “good” men. It seems there are to be “good sinners” and “bad sinners.”

Shouldn’t Christians approach good actions or bad (sin) with God’s perfect goodness as the meter that undergirds our observations?

Wouldn’t such an evaluation reveal that the only good that exists is in God?

My dear Christian mother remarked recently,” Sin is sin. It’s like cancer. You can have a little bit of cancer or a whole lot—it’s still cancer!”

ALL sin is rebellious action taken against the will of God. Using a hierarchy for sin only benefits judgment, which of course was never satisfied except for the death of Christ.

Sadly, it is often Christians who become the best at propelling the “malarkey of good.” Some Christian leaders have a tendency to habitually misuse the limelight and praise other Christians as a “good men” or “good women.” The “praiser” seems thrilled to leave the listener in raptures over the “praisee’s” goodness, and prideful, they omit any direction that would point someone back to God as the source of all good and beauty.

If red was a color only found in God, and we painted a room with His shade on the walls, then we would not say that it is the furnishings that are red when the vibrancy of His hue reflects out from their surfaces. In a similar comparison, apart from God’s influence, neither should men be attributed with goodness.

It is God who is endlessly, consistently, and perfectly good.

“Despicable rebellious spoiled brats” could be a generic description for many of us.

Since GOD”S GOODNESS is the paramount thing, then we should be actively nipping the bud of extreme focus on how “good” or “bad” a man or woman is acting. (Why are we so surprised by the bad?) Instead, we should promote spending more energy on discovering what THE ONE who began a good work in us wants from us.

“We are all infected and impure with sin. When we display our righteous deeds, they are nothing but filthy rags. Like autumn leaves, we wither and fall, and our sins sweep us away like the wind.” Isaiah 64:6

In the book of Romans chapter three, Paul explains the “goodness” dilemma quite well when he discusses Jews and Gentiles. For simplicity, I’m using the New Living Translation. The text starts with verse 9.

“Well then, should we conclude that we Jews are better than others? No, not at all, for we have already shown that all people, whether Jews or Gentiles, are under the power of sin. As the Scriptures say,

“No one is righteous—

No one is truly wise.

No one is seeking God.

All have turned away.

All have become useless.

No one does good.

Not a single one.”

“Their talk is foul, like the stench from an open grave.

Their tongues are filled with lies.”

“Snake venom drips from their lips.”

“Their mouths are full of cursing and bitterness.”

“They rush to commit murder.

They don’t know where to find peace.”

“They have no fear of God at all.”

Paul continues explaining the problems with ideas about “being good” in verse 19 thru verse 30.

“Obviously, the law applies to those to whom it was given, for its purpose is to keep people from having excuses, and to show that the entire world is guilty before God. For no one can ever be made right with God by doing what the law commands. The law simply shows us how sinful we are.

But now God has shown us a way to be made right with him without keeping the requirements of the law, as was promised in the writings of Moses and the prophets long ago. We are made right with God by placing our faith in Jesus Christ. And this is true for everyone who believes, no matter who we are.

For everyone has sinned; we all fall short of God’s glorious standard. Yet God, with undeserved kindness, declares that we are righteous. He did this through Christ Jesus when he freed us from the penalty for our sins. For God presented Jesus as the sacrifice for sin. People are made right with God when they believe that Jesus sacrificed his life, shedding his blood. This sacrifice shows that God was being fair when he held back and did not punish those who sinned in times past, for he was looking ahead and including them in what he would do in this present time. God did this to demonstrate his righteousness, for he himself is fair and just, and he declares sinners to be right in his sight when they believe in Jesus.

Can we boast, then, that we have done anything to be accepted by God? No, because our acquittal is not based on obeying the law. It is based on faith. So we are made right with God through faith and not by obeying the law.”

Paul’s reasoning  concludes about man’s ability to be “good” in verse 30.

“After all, is God the God of the Jews only? Isn’t he also the God of the Gentiles? Of course he is. There is only one God, and he makes people right with himself only by faith, whether they are Jews or Gentiles.”

There was never a clearer description of true GOODNESS than this.

This Christmas, let’s give up the malarkey of false goodness and trade it for the PURE GOOD of the manger!

This entry was posted in Writer's Chair and tagged all have sinned and fall short of the glory of God, Christmas, despicable, God's goodness, good, goodness, malarkey, mildly talented, Romans 3, spoiled brat. Bookmark the permalink.

2 Responses to The Malarkey of “Good”