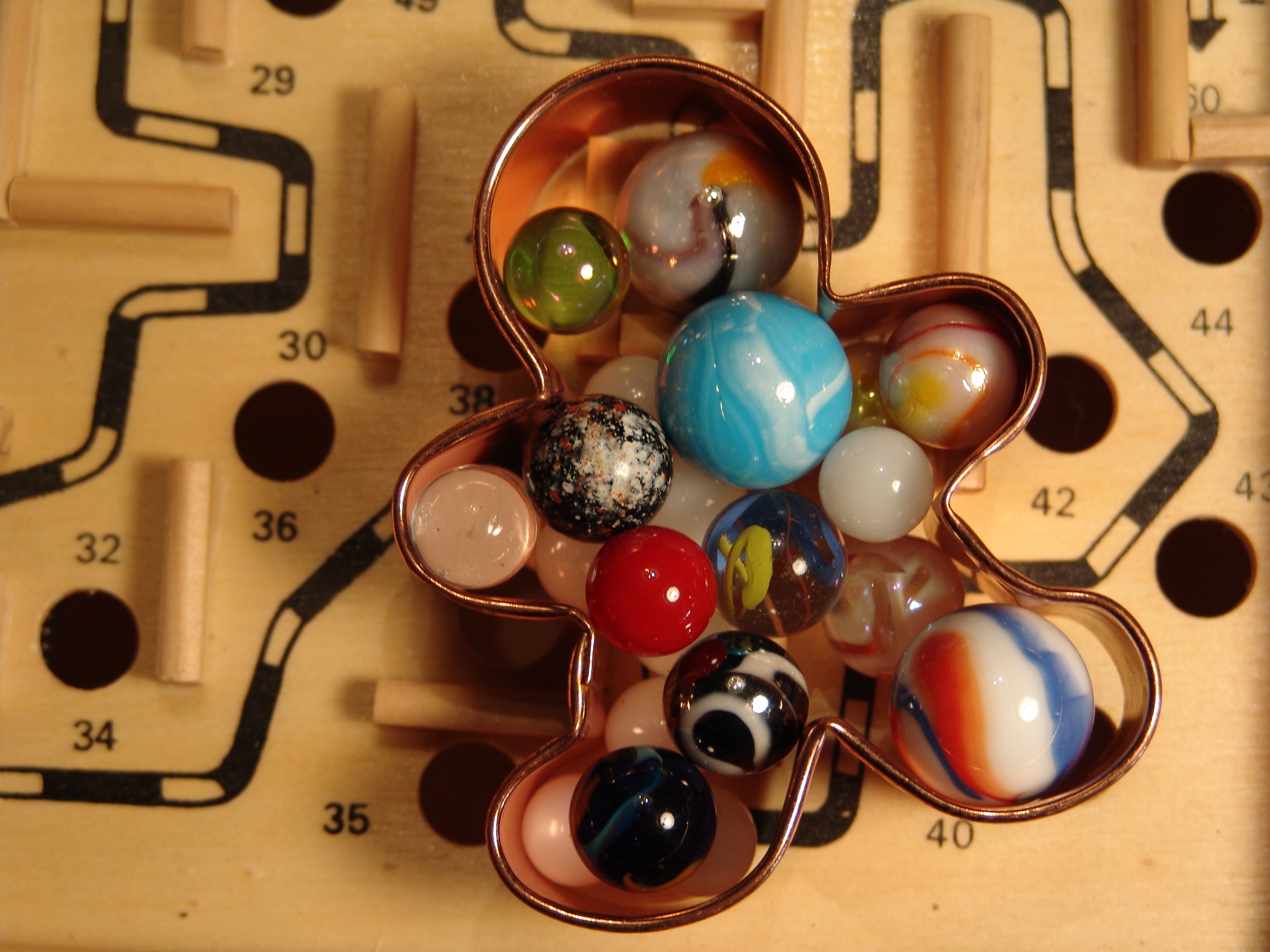 Before the time of dinosaurs, there lived a race of people who were especially skilled at triggering sequential disasters. One of their citizens was particularly adept at this function, and he became famous through commercials. Although his true historical nickname was “Marble Man,” (because his entire life from birth to thirty was a series of “random rolls” dictated solely by his circumstance), he was more commonly known as “the-unhappy-cable-customer-man-who-hang-glides-into-a-power-line-and-causes-his-father-to-be-punched-for-a-soup-can.”

It turned out that getting DIRECTV did not fix his problems.

Marble Man’s famous fiasco of television proportion is only one of the many debacles he endured until the day he became Marvel Man.

For the audience who is unfamiliar with the back-story, I will retell it.

Marble Man is on a phone waiting for the cable company to pick up. Because of the ordeal of having to wait so long for a cable representative to answer, his sense of freedom is traumatized. In order to recover, Marble Man takes up hang gliding, but since he is a beginner, he crashes into some power lines. Then the power grid goes out and the city gets dark, which makes it more vulnerable to crimes. People start looting stores, and one of the hoodlums punches Marble Man’s father for a can of soup.

The societal moral given to this Marble Man sequence was, “Don’t have your dad punched over a can of soup. Get rid of cable and upgrade to DIRECTV.”

(At that time, DIRECTV was the popular solution for every problem.)

But there’s so much more to the story, and the world needs to know the whole of it.

Here’s what happened after the hang gliding incident.

Marble Man became tired of so much random tossing about. His grew desperate to find a more reliable style of living his life. (The punch to his father over the can of soup was perhaps the turning point.)

Marble Man knew self-management was hopeless, and he wasn’t getting any younger. The message, “time waits for no man,” was a pressing nag on his brain every time he fell asleep.

One day he woke up and took action—another roll of his marble. He reasoned that since his past “rolls” never successfully took him to a church, the potential for a “new way of living” might be greater there than in any other place.

(It turned out to be both the best and last “roll” Marble Man ever initiated. The church was in fact a veritable treasure trove of “new life.”)

The day Marble Man stepped into church, he heard the preacher talk about God—apparently the creator of time and everything. The claims about God impressed Marble Man. He felt it couldn’t hurt to try another “roll” into this “God thing,” and if it failed, he would be no worse off than before.

So Marble Man invited God, who was a perfect stranger to him, into his life to manage his problem of rolling about aimlessly. He figured that if God ruled over TIME, (the same thing that “waited for no man”) then maybe God could build an orderly destiny for his life.

Marble Man followed the suggestion of the church people to become better acquainted with God, (still a perfect stranger to him), and he bought a bible and READ IT.

As he read and studied the life of Jesus, (God’s provision of the perfect prototype of a secure man’s life), Marble Man soon became more of a “Marvel Man.”

He marveled at the works of God.

Marvel Man is still in the commercial business, but now he latches onto every opportunity to portray his transformation….from Marble Man to Marvel Man.

His slogan is no longer “get rid of cable.” (His “get rid of” list is much longer than this, but the acquisition list length is even longer. It’s everlasting!)

Marvel Man succinctly advertises, “Don’t mess up your life. Seek God’s wisdom. READ THE BIBLE! Then YOUR TIME will be in HIS HANDS.”

Here are some of the bible teachings that inspired Marvel Man to….uh… marvel.

“The reverent and worshipful fear of the Lord is the beginning and choice part of knowledge, but fools despise Godly wisdom, instruction, and discipline.” Proverbs 1:7

“For the simple are killed by their turning away, (from God) and the complacency of fools (disregard of God) destroys them; but whoever listens to me (God’s wisdom) will dwell secure and will be at ease, without dread of disaster.” Proverbs 1:32-33

“Yet the LORD longs to be gracious to you; therefore he will rise up to show you compassion. For the LORD is a God of justice. Blessed are all who wait for him!” Isaiah 30:18

“God’s voice thunders in marvelous ways; he does great things beyond our understanding.”   Job 37:5

“I will praise thee, O Lord, with my whole heart; I will shew forth all thy marvelous works.” Psalm 9:1

“Show me the wonders of your great love, you, who save by your right hand those who take refuge in you from their foes.” Psalm 17:7

“Praise be to the Lord, for he showed me the wonders of his love when I was in a city under siege.” Psalm 31:21

“Sing to the Lord a new song, for he has done marvelous things;
his right hand and his holy arm have worked salvation for him.” Psalm 98:1

“I praise you because I am fearfully and wonderfully made;  your works are wonderful,  I know that full well.” Psalm 139:14

“The Son (Jesus) is the image (prototype) of the invisible God, the firstborn over all creation.” Col.1:15

“My goal is that they may be encouraged in heart and united in love, so that they may have the full riches of complete understanding, in order that they may know the mystery of God, namely, Christ,  in whom are hidden all the treasures of wisdom and knowledge.” Col. 2:2-3