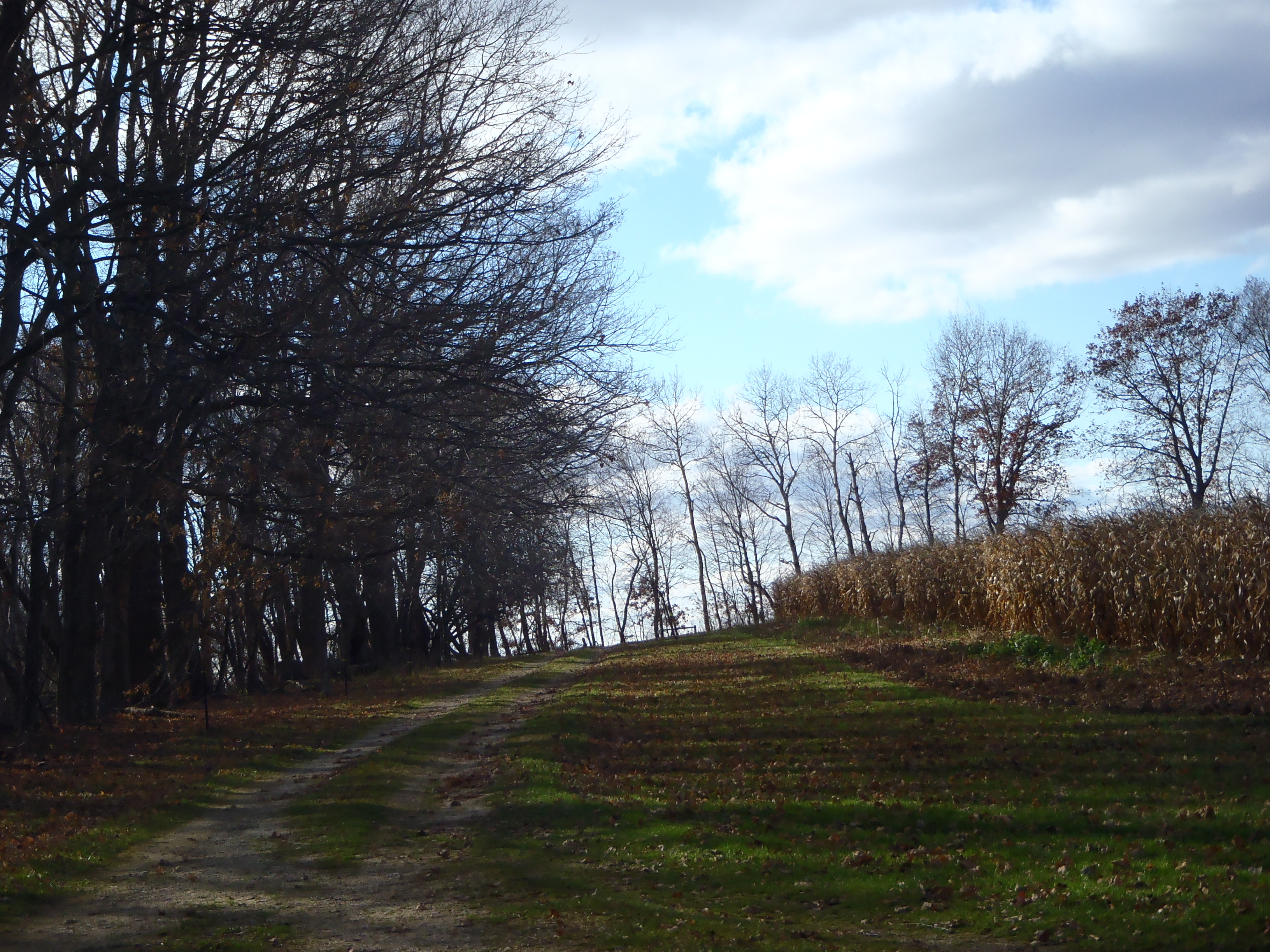 Before the age of dinosaurs, there lived a nomadic race of people who only had one road to get where they were going. No other roads existed. No one really knew where the road began, although the name “Dawn Road” was given to it, because it seemed to come from where the sun rose. The other end of the road stayed shrouded in distant darkness. The people would rather travel towards the lit end of the road, but one mile past the outskirts of the town was as far in that direction as they could go. An invisible wall prevented movement past that point. Only forward travel toward the dark end of the road was unlimited.

Because of this mysterious road phenomenon, most people lived and moved within shouting distance of each other so they could communicate back to the others about what lay ahead. When the urge to settle down came upon someone, (often two people at a time), they would pitch another tent and make a life together.

The people were always slyly watching the horizon, as if they were waiting in apprehension for something. Other than that, the waiting activity was not very obvious. They seldom lay about or sat motionless, nonetheless, they were still… waiting….busily.

What were these industrious people secretly waiting for?

They waited for something they did not want.

The feathery instigator of their anxiety was a dove. Although the bird was beautiful, when it flew toward them out of the dark end of the road—it was the very symbol of the unknown.

On those occasions, people would stop their work and watch as the dove made its way to one of the tents, hoping all the while that it would not be toward them or a loved one.

No one wanted to receive the message the bird carried in its beak. It was always a personal message. The recipient’s name was written across the top and the words underneath simply said, “Come Home.”

The nomads knew about “home.” It was not the place where they lived in their tents but the place down the road in the dark. It was a place where the one selected would leave to go to and never be heard from again.

Yes, “home” was foretold to be a good and perfect place, without fear and tears, but any fool could see the end of Dawn Road was dark, and there was nothing worse than darkness.

But in the descriptions the tent people had of “home,” there was also the possibility of something better than their one-road-world clouded with darkness. The call of “home” brought a soul-tugging thrill—a chance to go to a place where no tears or fears existed. It was also an opportunity for reuniting with loved ones who had previously departed.

One day the dove arrived and circled above an elderly couple and finally landed in front of an old man and dropped the note.

The old man turned to cling tightly to his wife. She pulled him close and whispered something in his ear. He nodded and tearfully kissed her, and then he got into his old truck and headed down the road. Friends lined his path and waved good-bye. His wife moved to the end of the encampment and settled back to wait.

As the man drove, the darkness rolled in to meet him.

Then it got worse. It became foggy and his headlights went out.

Without them, he had trouble seeing.

The road was full of ruts and many twists. Unable to rely on anything familiar, he could not go fast.

One thing he could tell, though, the road was climbing.

After a while, he wasn’t even certain he was on the correct road. Miles back, he had waited a long time at a fork trying to decide which split to take. He finally chose the right turn, because the left seemed to lead down, which he knew would put him back in the fog and complicate his vision even more.

“Going Home” was something the man had pushed so far back in his radar that it did not ever seem likely.

But now, here he was—”going home.”

Although he believed it would be well lit when he got there, darkness was the only present condition he saw, and its continual presence made him extremely tired.

The old man rolled his truck to a stop, put it in park, and closed his eyes. The darkness stayed the same, eyes shut or open.

The next thing he knew? It was daylight, and the tickle of a feather woke him.

“The path of the godly person is like the first gleam of dawn shining ever brighter until the full light of day.” Proverbs 4:18

“The way of the wicked is like deep darkness, they do not know over what they stumble.” Proverbs 4:19

“For God so loved the world, that he gave his only Son, that whoever believes in him should not perish but have eternal life. For God did not send his Son into the world to condemn the world, but in order that the world might be saved through him.” John 3:16. 17

“I have come into the world as light, so that whoever believes in me may not remain in darkness.” John 12:46

One Response to Un-Proverbial Tales: The End Of Dawn Road