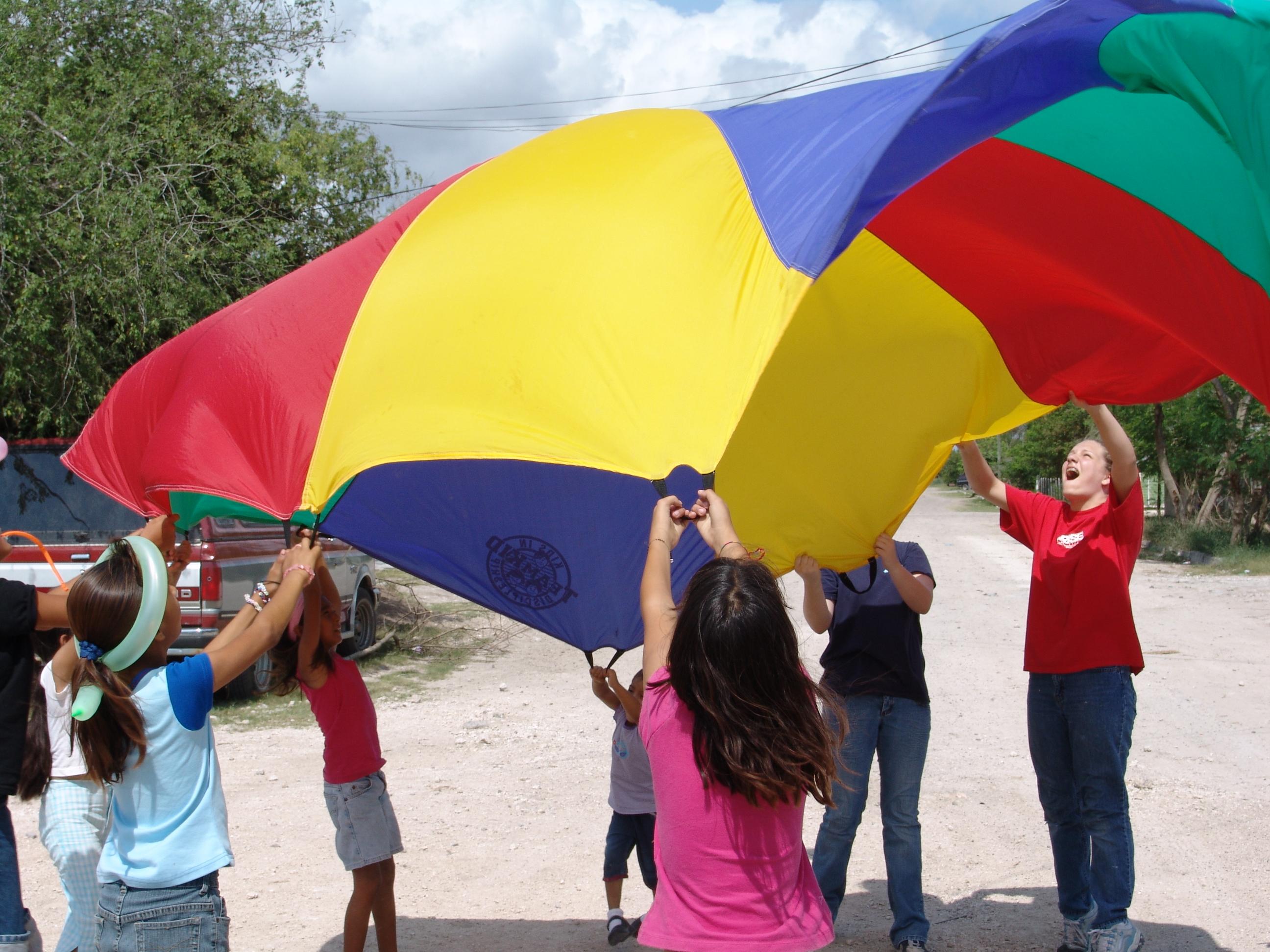 We all had a part, lifted together, and the colors rose. Playing with the gentle wind that summer day in 2005 belied the fact that the very element we played with was also the reason we were there. A hurricane the year before had caused destruction to buildings at Casa Hogar, the orphanage in Mexico we had come to serve. The power in wind can bring pleasure or pain.

“O my God, make them (your enemies) like whirling dust, like stubble or chaff before the wind!”

“Pursue and afflict them with Your tempest and terrify them with Your tornado or hurricane. Fill their faces with shame, that they may seek, inquire for, and insistently require Your name, O Lord. Let them be put to shame and dismayed forever; yes, let them be put to shame and perish. That they may know that You, Whose name alone is the Lord, are the Most High over all the earth.”

When all around seems to be picking up momentum (and it is not good momentum) we can easily become overwhelmed and despairing. The first 12 verses of Psalm 83 seem to be describing this type of situation. Portrayed are the devious efforts of various people groups coming together to overthrow God’s people. The songwriter reviews the mounting situation. It does not look good. But then he recalls God’s ability. In contrast to the destructive force of the enemy, the Psalmist pulls out the “God-is-mo-better” trump card, likening God’s force to the power of the wind. Ah, then….then we see a new picture.

Engage your muscles of imagination with me and examine God’s ability as if He were a strong wind.

Wind can turn the light to dark, just like that. Blue sky turned red to dark in a matter of minutes. Lubbock residents described this effect on visibility, caused by a dust storm that blew into their lives 10 days ago. A wall of powder dirt, “chaff and stubble,” billowing 8000 feet high because of wind. Trees fell, and the power went out. Dust filled people’s ears and nostrils and gritted between their teeth.

Imagine God altering your environment of wickedness or hopelessness, just like that. Do you feel powerless in your circumstance? Let the grit of God get between your teeth, fill your eyes, nose, and ears, and cover your wounded self. Ask Him to be with you. He’ll do it, just like that.

God also uses wind to turn the dark into light, just like that. I’m not referring to our wonderful (but familiar) sun, moon, and star lights. Recently, there was a different light phenomenon, and it was visible to many more people than usual. As I understand it, a burst of solar wind evoked an accentuated geomagnetic storm increasing the visibility of aurora lights in the nighttime sky. Often the lights were so bright, they illuminated the ground.

Imagine God altering your environment of wickedness or hopelessness, just like that. Do you feel blindsided by your circumstances? Let the illumination of God’s ways and purposes described by His words in the Bible fill your eyes instead. Ask for a shower of His bright unmistakable direction to flood your path. He’ll do it, just like that.

I’ve listed only a few things a strong wind can do, but ultimately a strong wind destroys. When I cite the destructive power of wind or God, I feel sad for the recipient of such a force. I do not feel like gloating, see vindication, or rally to champion the occasion. Instead, I feel stricken by the loss of what their life could have been. They are one less person to know the joy of God. One less for God. There is no hooray on my lips for their demise.

I feel this way because I believe God’s paramount desire for you and me is salvation, not destruction. His desire to bring all people into a relationship with Him is evidenced by his delivery of Jesus to us and for us. Missing this emphasis leaves an individual tottering on the brink of the vast, ageless pit already filling with wasted life. Life neglected, underdeveloped and misplaced. Wasted lives that aren’t benefiting from “God potential.” Their limitations are either because they want it this way, or because they don’t yet, “get it” about God.”

Still, according to the Bible, those who oppose become those who eventually, “goes.” Using the analogy of wind phenomena, tempest, tornado, or hurricane, the Psalm writer requests God to pursue, terrify, and afflict those conniving to destroy God’s people. He adds the following reason for his request in verse 18.

I agree with the Psalmist’s reason. All should know, that a force greater than a great mighty wind, rules the earth and the entire universe. His name is God and He is my Savior.

“O, God, blow away the chaff and worthless stubble in my life and preserve anything of value. Let the value be only what You’ve done in my life. Create an aurora of Your works in me allowing only You to be what is seen by others. Fade me out. I ask this of You. Do it just like that. Amen.”

One Response to Psalm 83: Wind Power